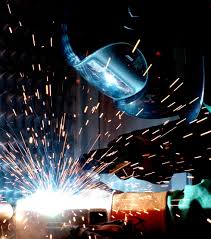 David Madani, Senior Canada economist with Capital Economics in a note to his clients said that Canada is struggling to create "quality, high-paying jobs”.

There was an increase in employment due to the addition of 67,000 part-time positions in the month of October.

But with more people entering the labour market looking for work, and with the decrease of full-time jobs by 23,000 the employment rate remained steady at 7 percent.

According to Thomson Reuters, economists had foreseen a loss of 10,000 jobs without any change in the unemployment rate as 67,000 jobs were added in the month of October which resulted in the increase of both part-time and full-time work. 26,000 jobs were also added in August.

"All things considered, the economy has recovered fairly well from oil-related misfortunes earlier this year, but the low quality of recent job gains is still troubling," Madani penned.

"The bigger challenge in the coming months for policy-makers will be trying to manage a housing slowdown without triggering a painful bust,” he added.

21,000 more jobs were also added in the goods-producing sector last month, which boosted an increase of 24,000 positions in the construction industry counterbalancing losses elsewhere.

10,000 jobs were also added to natural resources sector, a significant increase since March 2015.

Other sectors, including wholesale and retail trade also saw an increase in jobs.

The increase in jobs in Ontario was by 25,000, while in British Columbia the increase was by 15,000. Jobs in Newfoundland and Labrador fell in number by 5,600.

According to Statistics Canada’s report on Friday Canada experienced a trade deficit record of $4.1 billion in September due to Newfoundland and Labrador’s import of a module for the Hebron offshore oil project from South Korea.

Economists had expected a deficit of $1.7 billion for September.

With an increase in the import prices by 2.4 percent volume increase by 2.3 percent, the imports rose 4.7 percent to a record $47.6 billion in the month.

(Reporting by Asha Bajaj with additional inputs from The Canadian Press)