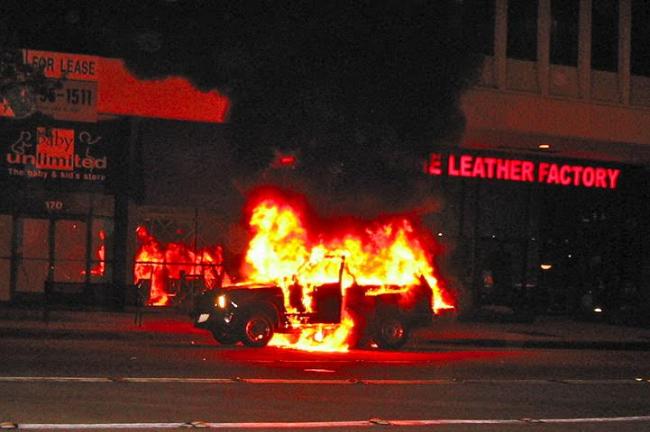 The accident took place near Bovaird and Gillingham drives at around 8:45 pm.

Although it’s not clear as to why the collision really took place, police however believes, over-speeding may be the cause.

The posted speed limit in the area is 70 kilometres per hour.

The car burst into flames immediately following the collision.

Bystanders account they could not even reach out to the people inside as they were engulfed in flames.

The Peel Police Major Collision Bureau is handling the investigation.