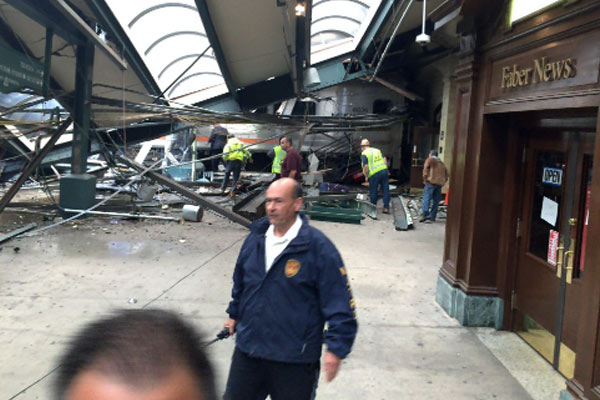 "Witnesses said the train overran its stopping point, slammed into a bumper block, went airborne and hurtled through a passenger concourse at about 8:45 a.m. at the terminal, one of the busiest transit hubs in the New York metropolitan area," CNN reported.

Images posted on social media showed that the accident caused severe structural damage at the station.

Some of the patients also received critical injuries.

According to reports some passengers received were also trapped under debris.