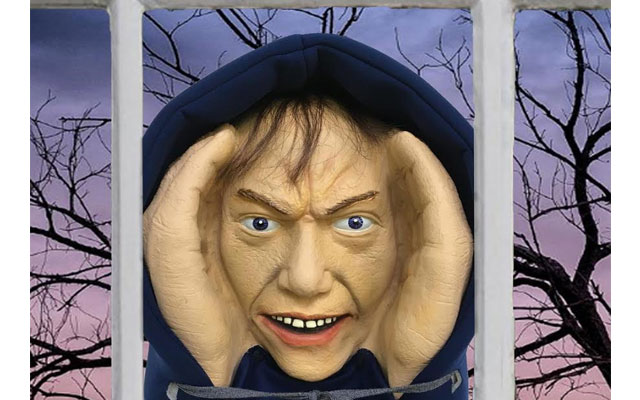 The decoration, resembles a hooded man peeking into the room, gets attached to window panes by suction cups. According to Home Depot’s advertisement it s a way to play pranks on "friends and family during Halloween or any other time of the year."

The company also has a video in its website, showing how a woman got scared, as she sees it on entering her bedroom. When she opens the blinds, she gets scared to flee away from the room.

Breanne Hunt-Wells who lodged the complaint says the prank is way too heavy to make up a serious crime against women. She first spotted it in a Markham store of Home Depot.

Hunt-Wells feels, "I fail to see the humour in it.” She further explains, "Voyeurism is a crime in Canada."

After Home Depot was contacted about the complaint, the renovation store conceded that the decoration wasn't "in line" with their values and apologized to Hunt-Wells.

A spokesperson for the company said it "took immediate action" and is in the process of removing the Peeper Creeper from its stores.