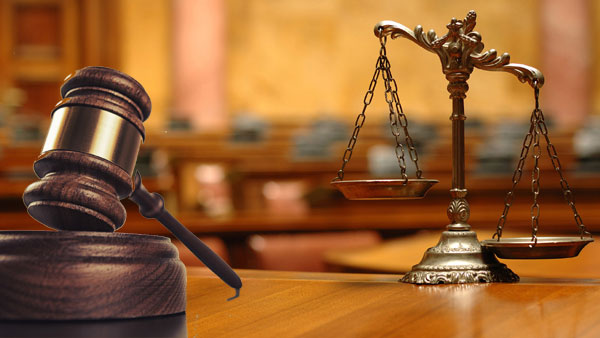 India Blooms News Service | | 24 Sep 2016, 04:56 pm
#Canada, #grading justice system in Canada, #Macdonald-Laurier Institute
Toronto, Sep 24 (IBNS): While grading justice systems of Canada's provinces and territories, across five categories -- public safety, victims support, efficiency, fairness and access to justice, and costs and resources -- The Macdonald-Laurier Institute placed Atlantic Canada and Quebec at the top, while Manitoba and the three territories were placed at the bottom, according to media reports.

Benjamin Perrin, Law Professor in the University of British Columbia and one of the report's authors was aware of the high cost of Canada's justice system -- costing approximately $11 billion a year -- and was of the opinion that it should be re-evaluated to measure its performance and initiate necessary reforms, reports said.

Much of the inferences for the report card taken from Statistics Canada was based on comparable information and Perrin and co-author Richard Audas could not offer any explanation or justification for the divergence in the performance of provinces and territories. They did highlight, however, the challenges of isolation, geographical barriers and higher costs confronting the territories, said the reports.

According to the scores, Yukon scored lowest, followed by Manitoba, Northwest Territories and Nunavut.

It was further reported that correction and policing costs in Northern territories were found to be higher than all other provinces and compared to its high crime rate very little was being spent on legal aid for criminal matters.

"Nunavut has staggeringly high violent crime rates — by far the highest in Canada," the report said and continued that the territory was unwilling to disclose how much it spent on legal aid.

The worst justice system, according to the rankings of the report card, prevailed in Manitoba, with high levels of violent and property crimes and very little being spent to ensure safety.

British Columbia scored a middle place and was highlighted for not seeking the help of the law even for some worst cases but settling the matter themselves; the report was also concerned that a  significant number of  indigenous people were behind bars.

Ontario also received a mediocre grade in the report, but scored the lowest violent crime rate per capita in Canada and second lowest property crime rate after Quebec.

Perrin reported that in Ontario, 47 percent of the people forced in criminal courts, the highest in Canada, could have their charges either stayed or withdrawn. This fact accounted for just 55 per cent of accused people found guilty. Besides, the cost to province is millions of dollars and really important cases don't make it through. Perrin still professed Ontario's criminal justice system efficient and fair, reports said.

Reports also pointed out that in Ontario, police could directly lay charges but in Quebec, it would have to get the approval from a Crown prosecutor before laying any charges. According to reports only 8.6 per cent of charges were stayed or withdrawn in Quebec.

Quebec spent less per person on public safety than any other jurisdiction, and had the lowest violent and property crime rates in Canada.

Prince Edward Island topped all provinces and territories. Their criminal justice system was found to be more efficient, with faster trials, fewer accused in remand and its respect for police, reports confirmed.