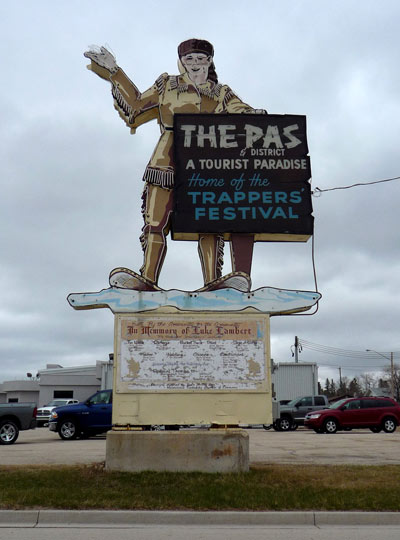 India Blooms News Service | | 23 Sep 2016, 10:53 pm
#Tolko, #The Pas, #Kraft paper
Winnipeg, Sept 23 (IBNS): The intended closure of the pulp and paper plant in The Pas region of Manitoba has made the local community fear the worst conditions coming in.

In August, Tolko Industries, the largest employer in The Pas, announced it will be closing its kraft paper mill in December, as the operation is not financially viable.

Presently Tolko has more than 330 people, working in that mill, who would soon be jobless. Some people living south of The Pas, have also stared preparing for an uncertain future.

Ward Perchuk, president of Spruce Products Limited, a sawmill in Sawn River, Man., which sells wood chips to the Tolko plant, to aid in the production of kraft paper, said, the sale of those wood chips account for 40 percent of his company’s gross sales. With a closure of Tolko, Perchuk worries Spruce Products which has about 75 people, would also follow the same fate.

"The potential is the whole business could become unviable," said Perchuk. "Since 1942, we've been going strong and weathering all the storms that came our way, but this one's a little different and a lot more worrisome than anything we've faced in the past.”

Apart from worrying about his employees losing jobs, Perchuk believesthe Tolko closure could create a domino effect in the province's forestry industry.

"That impact, it goes well beyond The Pas," said Perchuk. "It'll be felt all the way from Thompson down to Roblin, Man. I'm estimating it's somewhere in excess of 1,500 people."

Fletcher Baragar, economics proffesor at the University of Manitoba believes the multiplier effect could mean anywhere from two to five jobs may be affected in the region for every job lost at Tolko.

“Over a period of time you will see, for every hundred jobs lost in the mill itself, you might have anywhere from 200 to 400 in the larger region as a whole.”

According to Baragar forestry and logging accounts for a very small fraction of Manitoba’s total GDP. The industry, has been in decline for several decades. However, he feels it doesn’t minimize the impact it will have on the region around The Pas.

Swan River Mayor Glen McKenzie too is worried with this troublesome news.

"It's pretty dramatic. It's a real concern to us. The job loss, and the economic impact," said McKenzie. “All the businesses that deal with the forest industry would be very severely impacted by the Tolko shut down."

However, in spite of the gloomy outlook, Perchuk still hopes, "We're very optimistic a buyer will come forward.” He further says, "We really have to call on the province to do all they can to facilitate some new ownership in The Pas."

Mayor McKenzie on the other hand promised the town of Swan River would extend help any way it can.