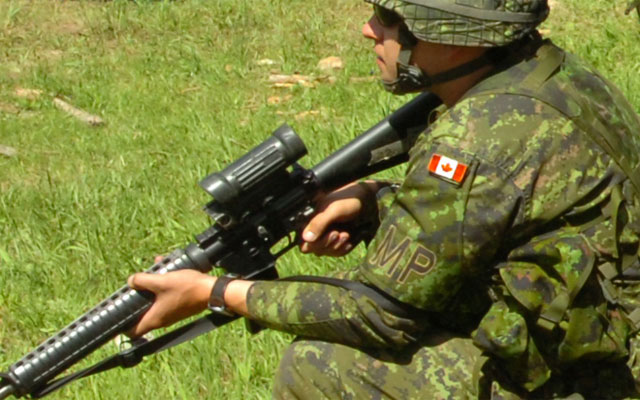 The woman, who was the victim of the repetitive assaults for almost seven years, was able to come up and register a complaint against the 45-year old captain.

Neither the woman nor Grace’s any charges was linked to the army.

Apart from a string of harmful sexual assaults and pointing a firearm, Grace is also facing charges of unauthorized possession of a restricted device, unlawful confinement, overcoming resistance, and numerous counts of assaults and uttering threats.

At the time when he was charged, Capt. Malcolm Grace was the staff officer and planner with the Canadian Manoeuvre Training Center near Wainwright.

He is still helping train but remotely. His movements are monitored at all times.

Capt. Malcolm Grace is currently free on bail and is scheduled to appear in Wainwright court on Thursday for a preliminary hearing.