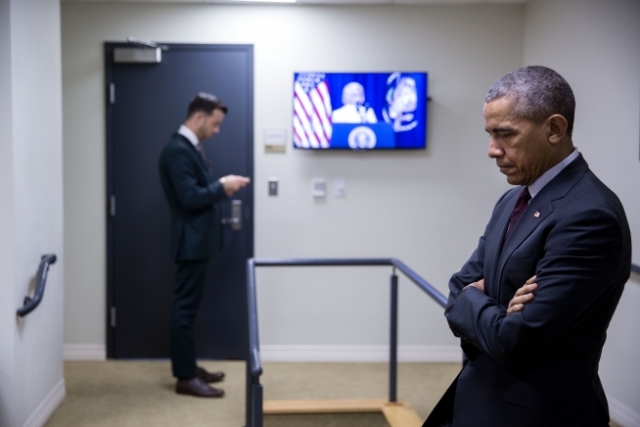 ISIL will lose more of its occupied territory: Obama

"ISIL has now lost nearly half of the populated territory it once controlled in Iraq—and it will lose more," Obama said.

"We’ve taken out more than 120 top ISIL leaders & commanders Our message is clear: If you target America & our allies, you will not be safe," he said.

He said the victims of the attack are not alone.

"They are not alone. The American people, our allies, friends, people all over the world stand with them," the US President said.

Sending out a strong message, he said: "We have to make it harder for people who want to kill Americans to get their hands on weapons of war that let them kill dozens."

He urged the nation to be tough on terrorism.

The suspected man, who was identified as Omar Mateen, wielding an assault-type rifle and a handgun, took hostages and opened fire inside the Pulse nightclub.

According to reports, Mateen called 911 around the time of the attack to pledge allegiance to ISIS and mention the Boston bombers, according to a U.S. official.