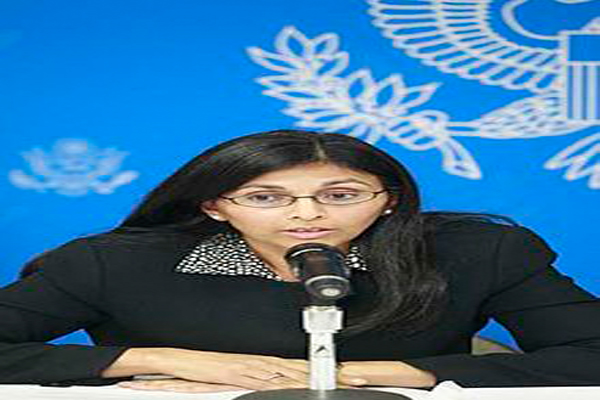 
"Home after a productive trip to #Bangladesh where we advanced cooperation on countering terrorism and extremism," she tweeted.

"Clear that there are a diversity of views on religion, race, sexual orientation in #Bangladesh," she said.

Several people, including bloggers and Hindu priests, have been killed by attackers in Bangladesh in the past one year.

Militant groups like ISIS have claimed responsibility for the incidents.

Nisha met several top Bangladeshi officials during her visit to the Asian nation.