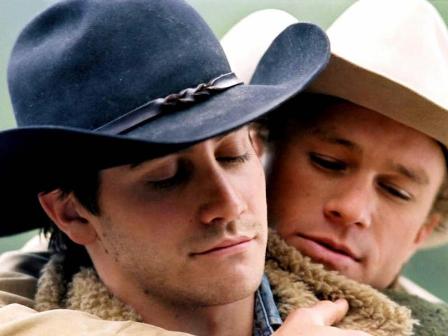 India Blooms News Service | | 21 Jun 2014, 02:23 am
#LGBT Rights, # USA LGBT
Washington, June 21 (IBNS) The Department of State in USA has joined the world in celebrating LGBT Pride Month and reaffirmed its commitment to the promotion and protection of the human rights of LGBT persons around the globe.

In a Press Statement, John Kerry, Secretary of State, said "we have made marked progress in tearing down the unjust and unfair barriers that have prevented the full realization of the human rights of LGBT persons." "We know there is more to do, but here, the arc of history is bending towards justice," he said. Kerry said: "I was proud to join my colleagues at our Embassy in London last August to announce that, going forward, same-sex spouses who applied for visas would have their applications considered in the same manner as those of opposite-sex spouses." And just this week, President Obama announced his intention to sign an Executive Order banning federal contractors from discriminating against employees on the basis of their sexual orientation or gender identity. "In many places around the world, however, trends are running in the opposite direction. LGBT individuals and their allies are harassed, arrested, and even killed because of who they are and the work they do. Governments are enacting laws that discriminate against LGBT individuals and their allies and restrict their fundamental human rights," he said. The United States strongly condemned these discriminatory acts and legislation and is working every day, both here in Washington and at our embassies and consulates around the world, to ensure that all persons can exercise their human rights, regardless of their sexual orientation or gender identity. "We raise the human rights of LGBT persons both publicly and privately, and we support civil society organizations who are working on the frontlines to ensure equality and dignity for all. Through the Global Equality Fund – a partnership supported by 14 like-minded governments, foundations, corporations and non-profit organizations – the Department of State has allocated more than $9 million for both emergency and long term LGBT-related programming in more than 50 countries worldwide," he said. "This important work, done in conjunction with allies from civil society, faith communities, the private sector and other governments, is central to our foreign policy," he said.