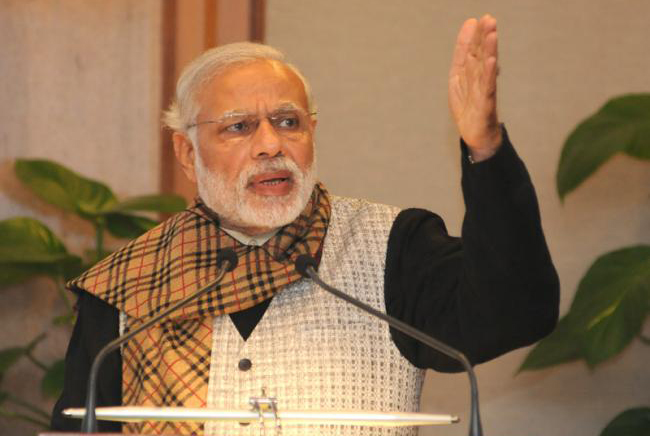 The appeal read, "Indian Prime Minister Narendra Modi is expected to visit Washington on June 7th and 8th of this year. Given the depth of our relationship with India across a range of areas -- defense, humanitarian and disaster relief, space cooperation, conservation, and innovation, -- we believe this is an ideal opportunity for the Congress to hear directly from the Prime Minister. Therefore, we ask that you invite Prime Minister Modi to address a Joint Meeting of Congress.  It is our understanding that if invited, the Prime Minister would accept."

Stating the USA's strong bond with India, the lawmakers wrote, "The U.S. partnership with India is based on a foundation of shared values, including the rule of law, electoral democracy, and religious pluralism. This renewed partnership has found champions in the leadership of both parties, including both President Clinton and President George W. Bush, and has been further emboldened in the United States by a strong, proud, and growing Indian-American diaspora."

The letter further highlighted issues such as US President Barrack Obama's visit to India twice and of PM Modi's reciprocation, the military cooperation and the joint addressing of humanitarian crisis.

"The U.S.-India relationship has seen significant growth. President Obama has visited India twice, and Prime Minister Modi reciprocated with two trips of his own to the United States.  Our two countries have signed a defense framework agreement to increase military cooperation and the civilian nuclear agreement, signed in 2008, will result in the construction of nuclear power plants in India.  Additionally, the United States and India are forging closer ties to address humanitarian crises, such as the aftermath of the earthquake in Nepal, in the renewable energies sector, and in space exploration.  It is no wonder that the partnership has been characterized as the defining partnership of the 21st century," the letter read.