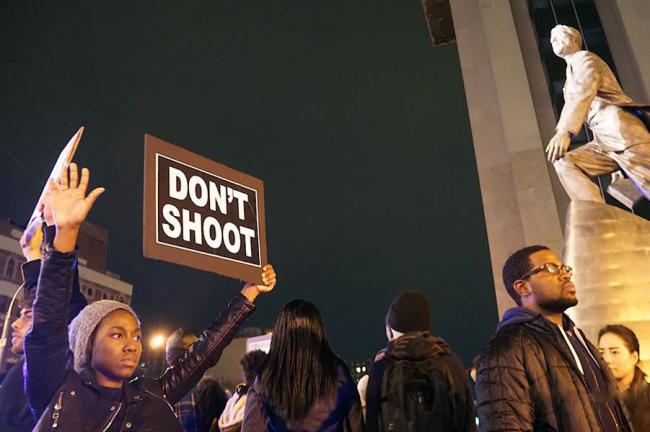 UN experts urge US to address legacies of the past

India Blooms News Service | | 30 Jan 2016, 09:41 am
#UN experts, # USA, # Racialism
New York, Jan 30 (Just Earth News/IBNS): The legacy of slavery, post-Reconstruction 'Jim Crow' laws and racial subordination in the United States remains a "serious challenge" as there has been no real commitment to recognition and reparations for people of African descent, a United Nations expert panel said on Friday in Washington D.C., at the end of its second official visit to the country.

“Despite substantial changes since the end of the enforcement of Jim Crow and the fight for civil rights, ideology ensuring the domination of one group over another continues to negatively impact the civil, political, economic, social, cultural and environmental rights of African Americans today,” said human rights expert Mireille Fanon Mendes France, who currently heads the group of experts.

He said, “We understand these changes are part of a larger effort to pass criminal justice reforms now pending in Congress, and a lot more needs to be done.”

Indeed, the experts found that contemporary police killings and the trauma it creates are reminiscent of the “racial terror and lynching” of the past. Impunity for state violence has resulted in the current human rights crisis and must be addressed as a matter of urgency, they said.

From 9 to 29 January, a delegation of the UN Working Group of experts on people of African descent visited Washington D.C., Baltimore, the town of Jackson, Mississippi, Chicago, and New York City, to address current concerns, and assess progress made in the fight against racial discrimination, ‘Afrophobia,’ xenophobia, and protecting and promoting the human rights of African- Americans.

The Working Group of Experts on People of African Descent, visiting delegation, which also included human rights experts Sabelo Gumedze and Ricardo A. Sunga III, welcomed various efforts undertaken by the Government to address the issue, like a ban on solitary confinement for juveniles in the federal prison system announced this week.

The Group noted that the US has a growing human rights movement which has successful advocated for social change.

Following the epidemic of racial violence by the police, civil society networks calling for justice together with other activists are strongly advocating for legal and policy reforms and community control over policing and other areas which directly affect African Americans.

However, the experts expressed serious concerns about the police killings, the presence of police in schools, and violence targeting the African American community with impunity, and racial bias in the criminal justice system, mass incarceration and the criminalization of poverty which disproportionately affects African Americans.

During its 11-day mission, the Working Group’s delegation heard from civil society, researchers and families of victims of police killings about racial discrimination and Afrophobia.

“The persistent gap in almost all the human development indicators, such as life expectancy, income and wealth, level of education, housing, employment and labour, and even food security, among African Americans and the rest of the US population, reflects the level of structural discrimination that creates de facto barriers for people of African descent to fully exercise their human rights,” Mendes France stressed.

The human rights experts met representatives of the Government at the federal and the state levels, and the US Congress and Senate, as well as hundreds of civil society organization representatives, lawyers and human rights activists from more than 20 states who had gathered in the different cities.

The Working Group regretted however that it did not receive access according to the terms of reference for special procedure mandate holders to visit Mississippi State Penitentiary Parchman. It also regretted that it was not possible to meet with all of the high-level state and local-level authorities requested.

The Working group will present a report containing its findings and recommendations to the Geneva-based UN Human Rights Council in September 2016.

Independent experts or special rapporteurs are appointed by the Council to examine and report back on a country situation or a specific human rights theme. The positions are honorary and the experts are not UN staff, nor are they paid for their work.