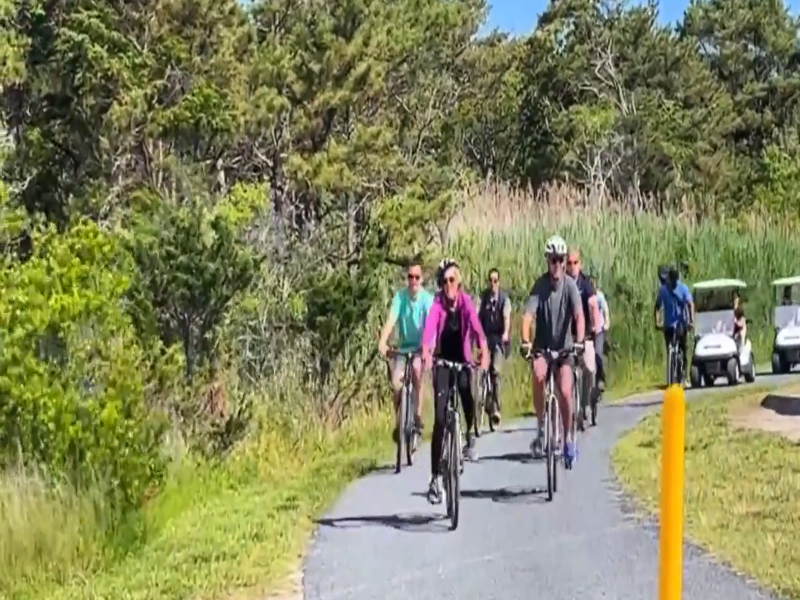 US President Joe Biden fell from his bicycle which he was riding near his beachside home in Delaware Saturday morning but recovered unhurt.

The 79-year-old president got up immediately after the fall, and said "I'm good", a White House pool report showed.

He was biking with First Lady Jill Biden in a state park near his home when he stopped to talk to onlookers and suffered a fall.

He told a small crowd of well-wishers and reporters that he had lost his balance as he set one foot on the ground and tried to free another out of a bike clip.

There were no visible scrapes or bruises from the fall,  a White House pool report said.

"No medical attention is needed," a White House official said. "The President looks forward to spending the rest of the day with his family."

Biden is the oldest US President and his health is a subject of constant attention amid speculations about whether he will seek a second term in 2024.

In November 2020, shortly after winning the elections but before taking office, he had broken a foot while playing with his pet German Shepherd.

However, Biden's doctor had given him a clean bill of health, a year later in November 2021, describing him as "healthy" and "vigorous."