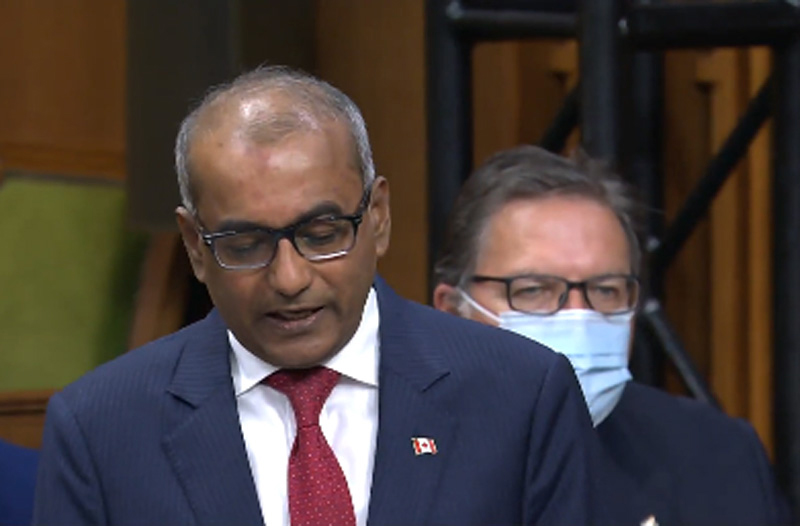 Canadian MP wins heart by speaking in Kannada in Parliament

Toronto: A Canadian MP of Indian origin recently spoke in his mother tongue Kannada in the country's Parliament, an act that won hearts of netizens.

Chandra Arya's video of addressing in his mother tongue in the parliament has gone viral.

He tweeted: " I spoke in my mother tongue (first language) Kannada in Canadian parliament."

"This beautiful language has long history and is spoken by about 50 million people," he said.

"This is the first time Kannada is spoken in any parliament in the world outside of India," he said.