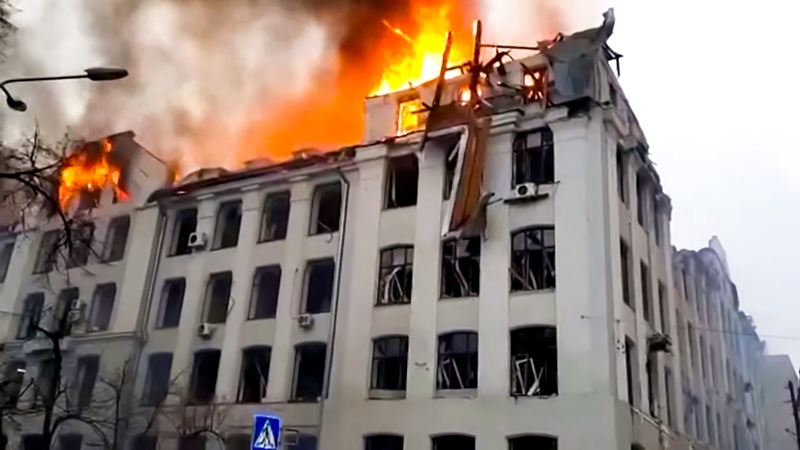 Ukraine war: US has no intention of using chemical weapons, says White House

"US has no intention of using chemical weapons under any circumstances," Sullivan told a briefing.

He said that US President Joe Biden will deliver a "significant speech" on Ukraine in Poland on Saturday.

Sullivan said that the US will have talks with G20 partners and 2022 summit host Indonesia about Russia's removal from the group. “The President has very clearly expressed that Russia should not be a member in good standing in the G20 given what they've done."

He also noted that Indonesia as the chair may have a different view and he offered an alternative which was having Ukraine be able to participate in the G20 meetings this year,” Sullivan said.

“We will be discussing with the other G20 members including Indonesia, and the President was clear in his remarks that we want to be respectful of the views of the chair in terms of how to think about us going forward. So, we'll be talking to them, we'll be talking to other partners,”  he said.

The US President is personally engaged in talks with other nations including Qatar on gas supplies.

“The President himself is personally engaged with some other gas suppliers including Qatar who have been able to step up,” he said.

The United States retains the capacity to impose additional costs on Russia, which are not strictly military costs, Sullivan added.