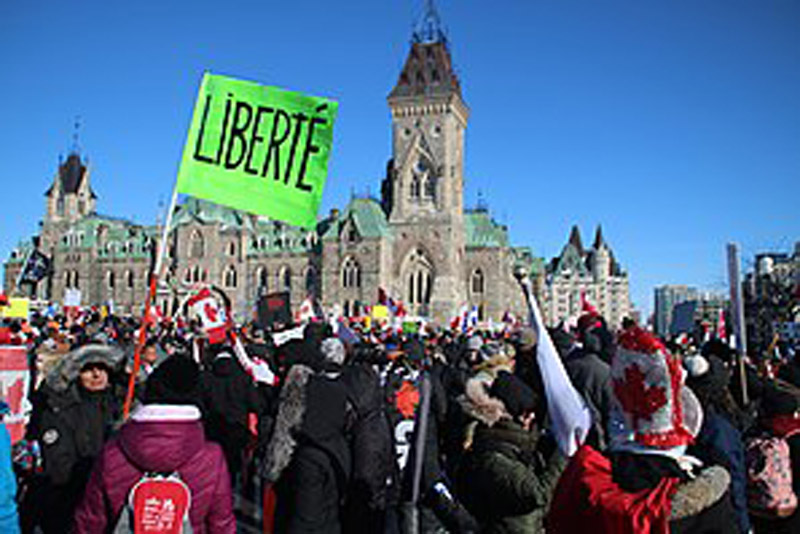 “We've been bolstering our resources, developing clear plans and preparing to take action. The action is imminent,” Bell told a news conference on Thursday.

The Ottawa Police Service (OPS) will be assisted by the country's federal police force, the Royal Canadian Mounted Police (RCMP), the Ontario Provincial Police (OPP) and other law enforcement agencies from Ontario and Quebec, Bell said.

Bell, who is just days into his tenure as chief following the resignation of former head, Peter Sloly, said law enforcement is in direct communications with protesters and wants to see a safe and peaceful end to the demonstrations, which the federal, provincial and municipal government have deemed illegal.

As part of the push to clear protesters out, the law enforcement agencies are setting up a security perimeter around the Ottawa downtown core with more than 100 checkpoints, where only those with specific business in the area will be allowed.

Bell warned protesters that protesters have one last opportunity to leave the site at their own will. However, the police chief would not provide a time line for when law enforcement hopes to clear downtown Ottawa of protesters.

The wave of protests across Canada began in mid-January, with thousands of truckers and other demonstrators converging upon Ottawa to express strong opposition to vaccine mandates for truckers crossing the US-Canada border.

The protest has since evolved into an anti-government demonstration, with various groups uniting in opposition of Prime Minister Justin Trudeau.