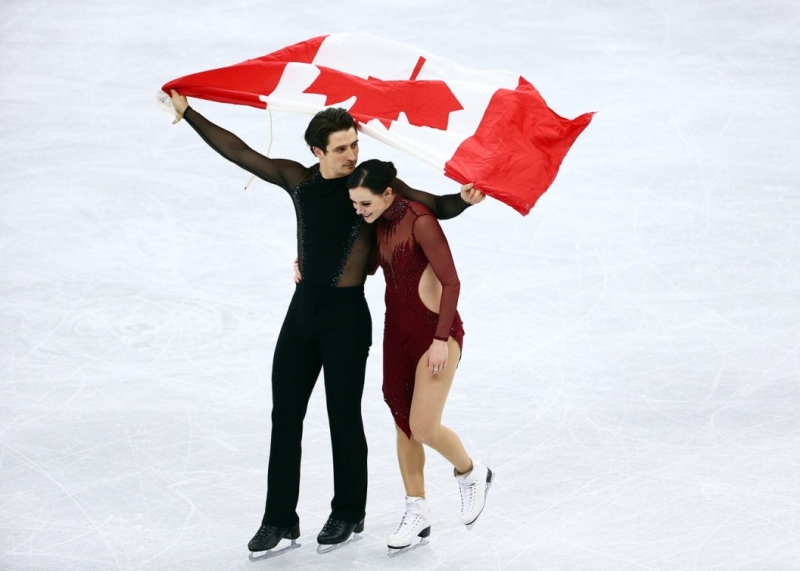 Beijing/IBNS: Marie-Philip Poulin, Women's hockey captain, and Charles Hamelin, short-track speedskating star, have been named Canada's flag-bearers for the opening ceremonies of the 2022 Beijing's Winter Olympics which run from Friday to Sunday.

Poulin, a three-time medallist scored the game-winning goals at both the 2010 and 2014 Olympics. Besides, she is also a two-time world champion having scored the golden goal for Canada at the 2021 world tournament as well as helped Canada to silver at the 2018 Games in Pyeongchang, South Korea.

"Every time you wear that maple leaf, it is so much bigger than yourself. You just become part of a bigger family. Being named flag bearer, I feel like I need to pinch myself," Poulin said in a statement. "I've been able to watch Charles over the last couple of decades and watching him succeed, I will be very honored to be walking besides Charles carrying the flag."

Sainte-Julie Que-based 37-year-old Hamelin is a winner of five Olympic medals, including three gold, tying him for Canada's most decorated male Winter Olympian.

"Since the first time I wore the maple leaf, I felt that feeling of a family right away. Going into my fifth Olympic Games, it is really incredible. For me, that family is one of the biggest reasons why I'm still here and why I love what I do. Every time I would walk into an Opening Ceremony, I would look at the flag bearer as a role model," said Hamelin, CTV News reports said.