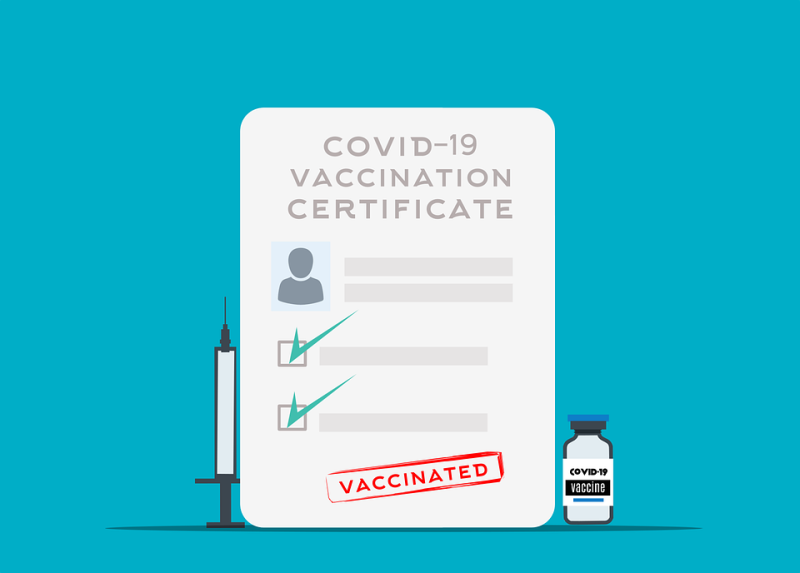 Quebec/IBNS: Various fraudulent schemes to make and distribute fake vaccine passports in the province of Quebec are being investigated by the province's anti-corruption squad with a warning that people involved could face serious criminal charges.

“UPAC investigators are investigating various fraudulent schemes that we want to keep confidential so as not to harm the collection of evidence and the reputation of people who may be involved,” the police force said in a statement.

The unit reportedly wanted to keep the alleged schemes confidential.

"Individuals who would commit these actions could be in violation of several sections of the Criminal Code including production and use of false documents, breach of trust and corruption as well as criminal offenses under the Public Health Act,” the news release stated.

The anti-corruption body issued the warning one day after Quebec made the vaccine passport mandatory to enter government-run liquor and cannabis stores and could be expanded to more public settings amid the Omicron wave of the pandemic.

Mathieu Galarneau, a spokesperson for UPAC reportedly said UPAC is considering all types of possible scams, including those involving a network of people to thoroughly investigate these fake passports.

Montreal police reportedly said they were investigating at least 10 cases of fake documents related to the vaccine passport.

The vaccine passport has already been applied to restaurants, bars, cinemas, places of worship, outdoor festivals, and several other locations.