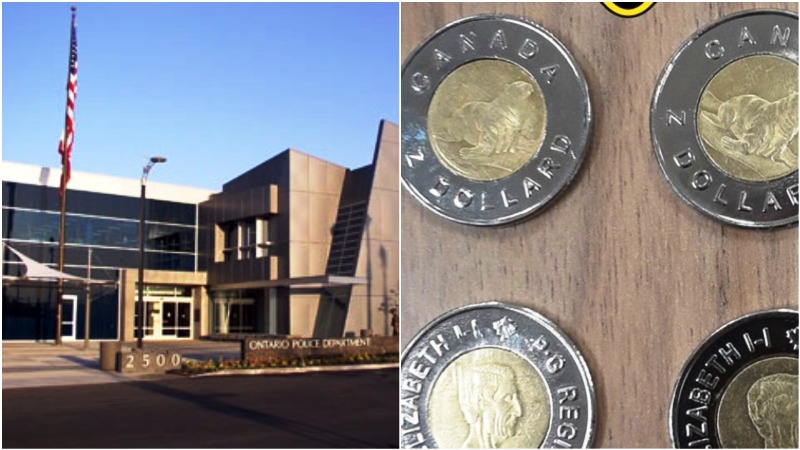 Toronto/IBNS: An investigation has been launched by the Ontario Provincial Police (OPP) on counterfeit two-dollar coins after OPP discovered them being used to purchase items at a store in Hawkesbury, Eastern Ontario.

OPP said it learned that someone went to a Regent Street store in Hawkesbury, Ont., on Jan. 11 and used fake two-dollar coins.

After the coins were determined to be fake, people were alerted.

A warning was issued by OPP about fake toonies adorned by a strange-looking figurehead and inscribed with a bizarre typo alerting people not to fall prey to the fraud.

Police shared a picture of the counterfeit currency with one side showing a walrus, while on the other side there was an inaccurate portrait of Queen Elizabeth

Alex Reeves, the spokesperson for the  Royal Canadian Mint reportedly debated if the coins can be considered counterfeit currency and added that while some people may be misled by the dual-metallic coloring the coins don't attempt to replicate the toonie's other features.

"Although coin counterfeiting is rare in Canada, we proactively introduced new security features to our $2 coins, which include laser mark micro-engraving and a latent double maple leaf image that shifts as the coin is moved," Reeves wrote in an email.

Real coins also have lettering on their edges, he said.

But officers are looking for camera footage that may have filmed someone passing off the coins as legitimate.

Anyone with information was asked to contact the Hawkesbury OPP.

Those who wish to remain anonymous can call Crime Stoppers.