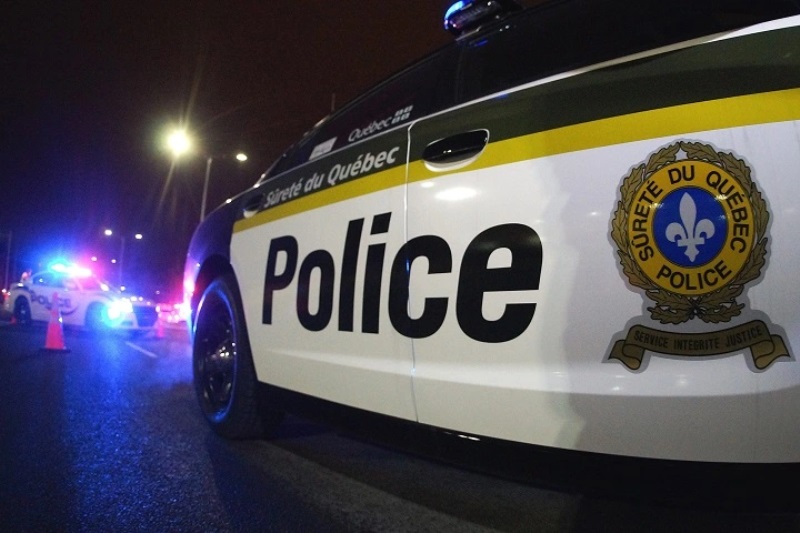 14,188 new COVID-19 cases were reported by Quebec on Thursday, its highest number of confirmed daily cases since the start of the pandemic.

"We're at the worst of the pandemic so far," Legault said. "Cases are under-evaluated due to [at home] rapid tests, and we risk surpassing hospital capacity in the coming weeks."

The order includes closing of restaurant dining rooms, delaying the reopening of schools, closing non-essential businesses on Sundays, prohibiting indoor gatherings involving more than one household bubble, the closing of places of worship except for funerals with up to 25 people in attendance.

The announcement of a curfew by the health officials of Quebec was criticized by 13 academics and public health experts in an open letter published on the website Pivot the same day Legault made the announcement.

"We are back in a critical phase of the pandemic. This fifth wave, carried by Omicron, did not strike without warning...It seems that after 21 months of a health crisis, the Legault government is still caught in its inability to plan, foresee, prevent and mitigate. On December 15, at 3,411 daily cases, Legault still kept his promise of a Christmas for 20 guests. Then, the meteoric rise in cases prompted the Legault government to put in place certain restrictions, while brandishing the specter of a return of the curfew," the open letter read.

The open letter noted that most outbreaks throughout the pandemic in the province have taken place in schools, daycares, and workplaces.

"At best, the curfew is a spectacle," the letter said. "At worst, it is a punishment on individuals to mask the negligence and systemic inaction in managing the pandemic."

Legault first imposed a curfew on Jan 9, 2021, when hospitalizations in the province were last above 1,000, and it lasted until May 28, 2021. The province currently has 1,396 people in hospital with COVID.

In a news release sent to the journalists by Quebec's Health Ministry on Dec 30, it was claimed that the decision to reinstate the curfew was backed by science and shared three preliminary studies examining the effects of curfews in France, Jordan, and Quebec.

"The Ministry of Health and Social Services (MSSS) recognizes that the curfew is an exceptionally severe measure...The recommendation to implement the curfew as of December 31 is based in particular on observational studies of the situation in Quebec, the evaluation of the curfew in France and in other jurisdictions...since the start of the COVID-19 pandemic, the government's decisions have largely been based on the opinions of experts, both those of the National Institute of Public Health of Quebec (INSPQ), of the National Institute of excellence in health and social services (INESSS), the Committee on Immunization of Quebec (CIQ), regional public health directorates as well as other Quebec and Canadian scholarly organizations and advisory bodies.

"The MSSS and Public Health also remain on the lookout for all the scientific literature and what is being done around the world...takes several factors into account in its decision-making and when issuing new recommendations for Quebec, such as the vulnerability factors of its population; the workforce situation (in the health and social services network and in the community); the capacity of intensive care and the healthcare system; the epidemiological situation; transmission control and vaccination rate."

Quebec is reportedly one of the few jurisdictions in the world to impose a curfew in the pandemic twice.