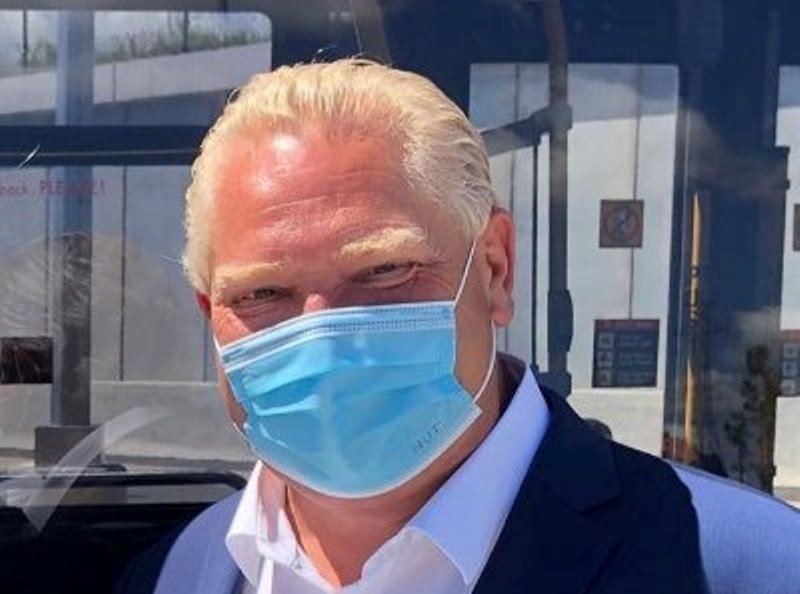 Toronto/IBNS:  A number of new public health measures were announced  on Jan 3 during a news conference by the Ontario Premier Doug Ford joined by his ministers of health and finance, as well as Dr. Kieran Moore, Ontario's chief medical officer of health, and Matthew Anderson, CEO of Ontario Health

The public health measures announced included moving schools online for at least two weeks until at least Jan 17 due to the fear that teachers may fall sick, temporarily closing indoor dining and gyms, and pausing non-urgent medical procedures due to the record-high case counts that, according to public health officials, threaten to overwhelm the province's health-care system.

The new restrictions which kicks off on Jan 5 at 12:01 a.m. will remain in effect for at least 21 days, until Jan 26 as part of a modified version of Step Two of the province's Roadmap to Reopen, which was first implemented earlier last year.

Ontario had already been warned by the province's science table nearly three weeks back about the threat caused by the Omicron variant to the stability of the healthcare system.

Ontario reported another 13,578 new cases of COVID-19 Monday, ahead of the news conference, followed by 16,714 cases on Sunday and a pandemic record high of 18,445 cases on Saturday.

"Our public health experts tell us we could see hundreds of thousands of cases every day," Ford said in the news conference and added, "If we don't do everything possible to get this variant under control, the results could be catastrophic. It is a risk I cannot take."

Ford also said that this could mean there could be a shortage of thousands of beds in the hospitals leading to a pause in all non-urgent procedures.

"We anticipate through the modeling that those 1,200 to 1,500 beds will be essential to be able to provide oxygen and care," Moore said and added that the large increase in the Omicron cases could cause 20 to 30 percent of employees to be absent in all sectors across Ontario in the coming weeks.

Anderson said the directive would affect between 8,000 and 10,000 procedures a week and added, "It was a tough decision, a big cost, but something that is necessary given what we're seeing in the numbers."