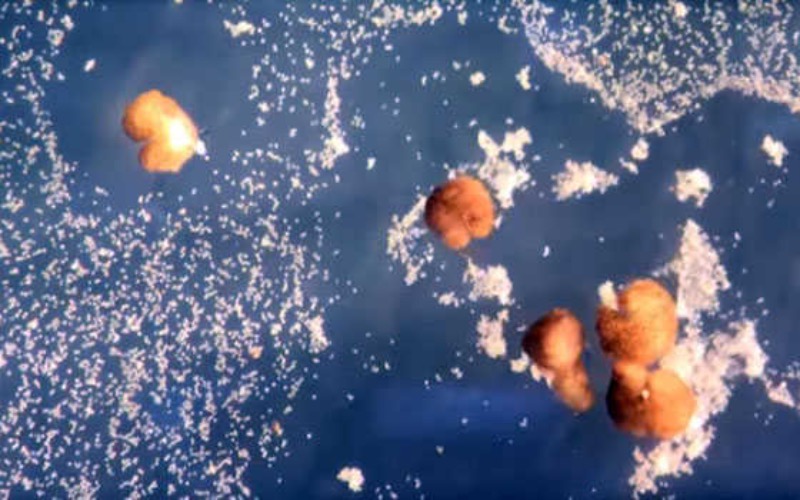 Washington/UNI: After creating the world’s first living robots, the United States-based scientists said these robots -- known as Xenobots -- can now reproduce in a way different from any plant or animal.

Xenobots were first unveiled in 2020 after experiments showed that they could move and work together in groups and self-heal.

Sized less than a millimeter, they are formed from the stem cells of the African clawed frog (Xenopus laevis) from which it derives its name.

The scientists, who developed the xenobots, at the University of Vermont, Tufts University and Harvard University's Wyss Institute for Biologically Inspired Engineering, said, they have discovered an entirely new form of biological reproduction different from any animal or plant known to science, CNN reported.

"Frogs have a way of reproducing that they normally use but when you ... liberate (the cells) from the rest of the embryo and you give them a chance to figure out how to be in a new environment, not only do they figure out a new way to move, but they also figure out apparently a new way to reproduce," said Michael Levin, a professor of biology and Director of the Allen Discovery Center at Tufts University.

Josh Bongard, a computer science professor and lead author of the study said, “Most people think of robots as made of metals and ceramics but it's not so much what a robot is made from but what it does, which is act on its own on behalf of people.”

According to the researchers, the Xenobots are very early technology -- think of a 1940's computer -- and don't yet have any practical applications.

However, this combination of molecular biology and artificial intelligence could potentially be used in a host of tasks in the body and the environment.

This may include things like collecting microplastics in the oceans, inspecting root systems and regenerative medicine.

The study was published in the peer-reviewed scientific journal PNAS Monday and was partially funded by the Defence Advanced Research Projects Agency, a US agency that oversees the development of technology for military use.