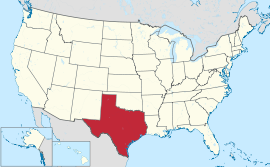 India Blooms News Service | | 04 May 2015, 09:42 am
#Texas Prophet cartoon conference two killed, # Prophet conference, # Prophet cartoon gunmen killed
Washington, May 4 (IBNS): Two gunmen were killed outside a venue where a contest for Prophet Mohammed cartoons in a Dallas suburb in the US on Sunday was being held, media reports said.

The gunmen reportedly opened fire outside the conference at Curtis Culwell Center in Garland.

A security guard was injured during the incident.

"The first suspect was shot immediately," Garland Mayor Douglas Athas told CNN.
"The second suspect was wounded and reached for his backpack. He was shot again,"  Athas said.

"Picture taken just before #garlandshooting . Thank God the heroes of SWAT-team prevented the worst," he said.

The security forces later sealed off the Center.