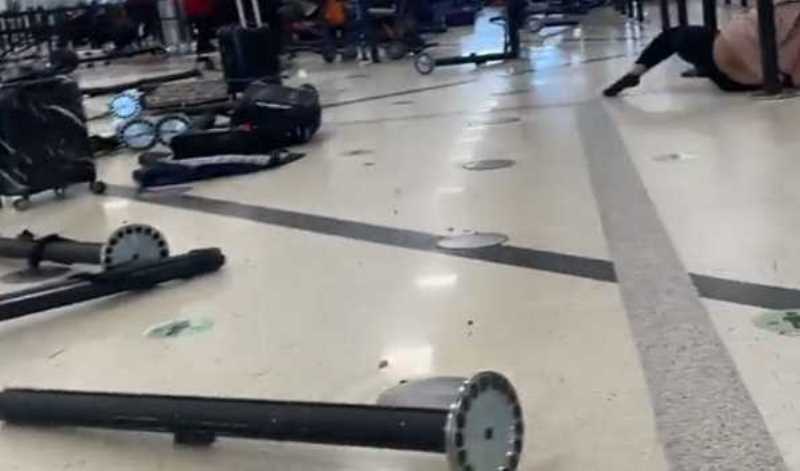 Washington/UNI/Sputnik: At least three people were injured when a passenger accidentally discharged a firearm at the Atlanta Airport, the United States Transportation Security Administration (TSA) said.

"At approximately 1:30 p.m. [18:00 GMT] today, a property search TSO at Hartsfield-Jackson Atlanta International Airport’s (ATL) Main Checkpoint began a bag search due to a prohibited item identified by the X-Ray. He advised the passenger not to touch the property, and as he opened the compartment containing the prohibited item, the passenger lunged into the bag and grabbed a firearm, at which point it discharged," the TSA said in a Saturday statement.

According to the release, the passenger then fled the airport and the incident was not considered an active shooter event. The airport confirmed on Twitter that there was no active shooter situation.

The ATL airport said that the accidental discharge at the security screening was under investigation.

"Operations at #ATLAirport are quickly returning to normal. The airport was declared all-clear at 2:57 pm. Passengers are being screened and flights are underway. The investigation into the incident is being conducted by law enforcement officials," the airport said on Twitter.

According to the TSA, passengers may travel with firearms in checked baggage when they are unloaded and properly packed. The case with the firearm must be presented at check-in and airline representatives must be informed.

TSA says it has detected over 450 firearms at ATL checkpoints this year alone.