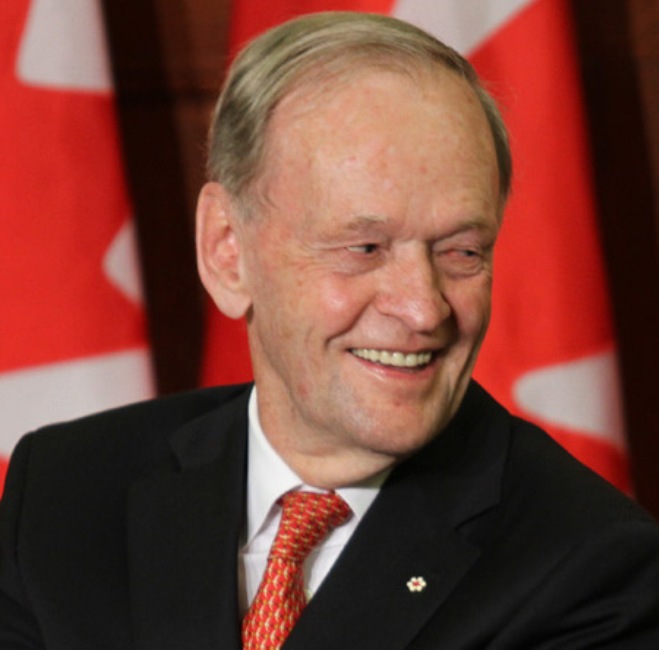 Ottawa/IBNS: During an appearance on the popular Radio-Canada talk show- Tout le Monde en Parle-on Sunday, former Canadian Prime Minister Jean Chrétien said during his tenure as minister, he did not hear anything about the occurrence of  abuse in residential schools.

"This problem was never mentioned when I was a minister. Never," said Chrétien of his time in the department from 1968 to 1974.

While drawing a comparison between his own experience as a teenager attending a conventional college boarding school  to that of Indigenous children who were forced to attend residential schools, Chrétien said in the French interview, "I ate baked beans and oatmeal. And to be sure, it was hard living in a boarding school, extremely hard. Here in Quebec, we had to [in order to get into university]. In Shawinigan, we didn't have a college. We had to go to Trois-Rivières or to Joliette."

"Respectfully, I don't think Mr. Chrétien knows exactly what residential schools are...The word boarding school makes people think it was a school where we teach people to write, but it wasn't that," said Jean.

"My mother's cousin told me that when there was duck, the nuns would keep the duck meat and cut the feet off, with its toenails still on, boil that in water, and that's what they gave to the kids...There is someone in my family who attended a residential school in Fort George who was sexually assaulted every day for eight years by a nun. It was called a boarding school, but it was not a school," said Jean.

.In defense of his record, Chrétien said that he had tried to improve the lives of Indigenous people in Canada, both personally and politically.

"I even adopted an Indigenous son, to lead by example," he said. "This proves my investment in this issue."

Canada's last of the residential school sites closed in 1997, while Chrétien was prime minister and  stories of physical and sexual abuse of Indigenous children in residential schools were documented only in the 2015 Truth and Reconciliation Commission.

More recent discoveries of unmarked graves on residential school sites have once again brought the issue to the forefront.