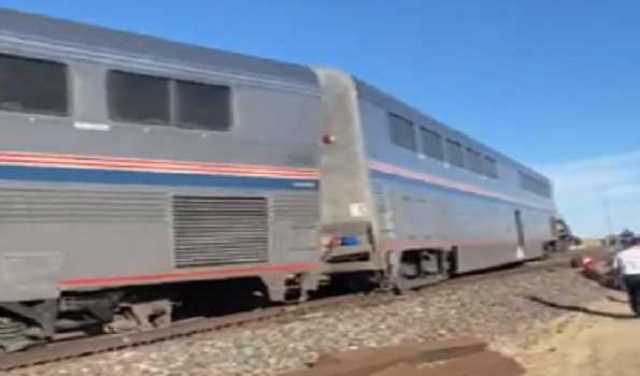 Washington/UNI/Sputnik: Several fatalities occurred as a result of the Amtrak passenger train derailment in the US state of Montana, and dozens of people were injured, media reports said on Sunday.

Amtrak said that five cars on the Empire Builder train derailed near the town of Joplin on Saturday, at around 04:00 pm local time (22:00 GMT).

There were around 147 passengers and 13 crew members on board the train.

"Amtrak is working with the local authorities to transport injured passengers, and safely evacuate all other passengers," Amtrak said in a statement.

The New York Times reported citing the disaster and emergency services coordinator for Hill County, Amanda Frickel, that "well over" 50 people were injured in the accident and more than one person was killed.

CBS reported that at least three people were confirmed dead, according to the Liberty County Sheriff