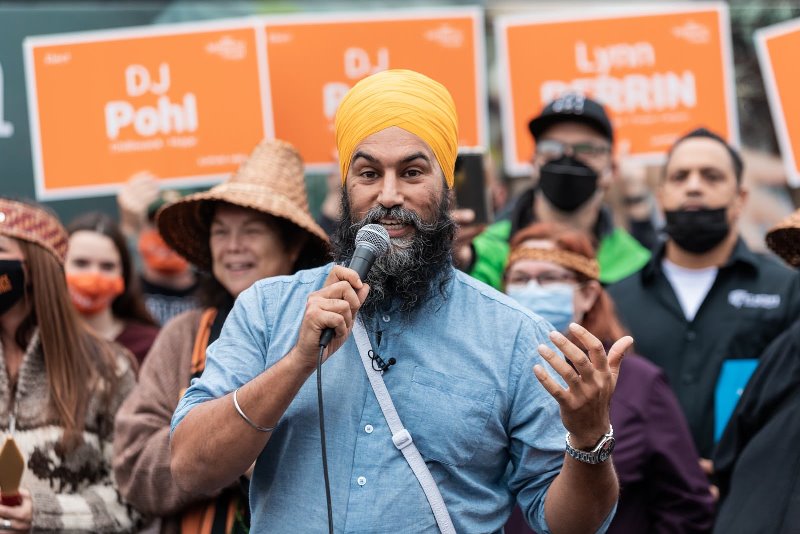 Ottawa/IBNS: Canada's new House of Commons will have a healthy representation from the Indo-Canadians as New Democratic Party (NDP)'s Jagdeep Singh and 17 others emerged victorious in the recently concluded snap national election in the country.

The three Indo-Canadians, who were in the dissolved cabinet of Prime Minister Justin Trudeau, have won.

Jagmeet Singh, a popular politician, once again won from Burnaby South with an approximately 38 per cent of the total votes polled.

Defence Minister Harjit Sajjan was reelected from Vancouver South, Trudeau's "minister for vaccines" Anita Anand retained her seat in Ontario among others.

Trudeau will continue to remain in power as his Liberal Party has won the snap poll in the country but fell short of the majority mark in an almost repeat of the 2019 poll results.

The fate of Canadians as well as Trudeau, who wanted to turn his minority government into a majority one through the snap poll, remained the same as the Prime Minister will have to get support from others to remain in power.