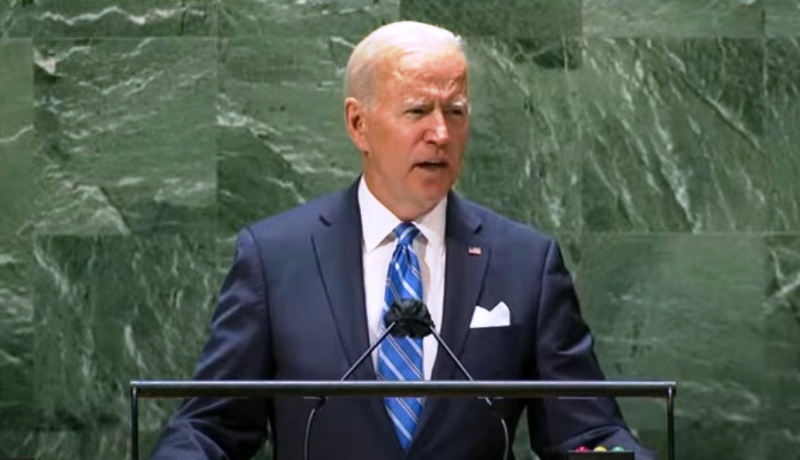 US opening an 'era of relentless diplomacy' after Afghanistan: Joe Biden at UNGA session

New York/IBNS: US President Joe Biden on Tuesday said his country is now opening an 'era of relentless diplomacy' as it ended the 20 years of conflict in Afghanistan with the withdrawal of the troops.

Speaking at the 76th Session of the United Nations General Assembly (UNGA) here, Biden said: "We have ended 20 years of conflict in Afghanistan, and as we close this period of relentless war, we are opening to a new era of relentless diplomacy."

"The mission must be clear and achievable, undertaken with informed consent of the American people and whenever possible in partnership with our allies," he added.

"It should not be used as an answer to every problem we see around the world," said Biden whose role has been much criticised for withdrawing troops from Afghanistan, which led to an unprecedented crisis in the South Asian nation.