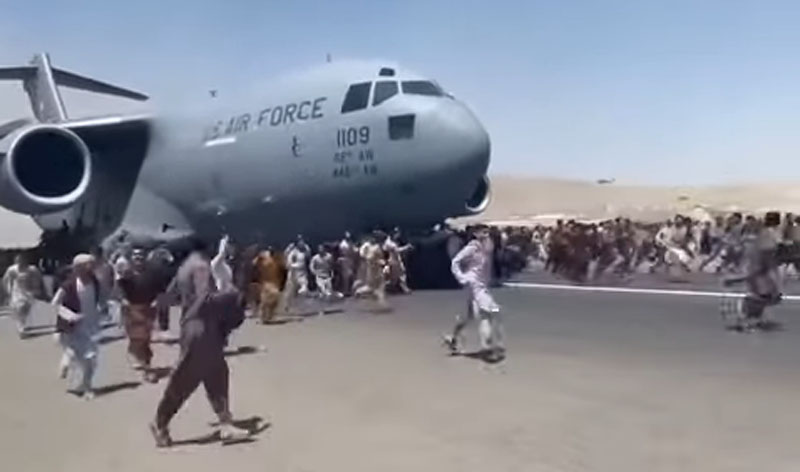 Avoid travelling to Kabul airport: US Embassy in Afghanistan

Kabul/Washington: The US Embassy in Afghanistan on Saturday instructed citizens from travelling to Kabul airport due to 'potential security threats'.

"Because of potential security threats outside the gates at the Kabul airport, we are advising U.S. citizens to avoid traveling to the airport and to avoid airport gates at this time unless you receive individual instructions from a U.S. government representative to do so," read a statement issued by the US Embassy in Afghanistan.

"U.S. citizens requesting assistance in departing the country who have not yet to completed the Repatriation Assistance Request for each traveler in their group should do so as soon as possible.  Spouses and minor children of U.S. citizens in Afghanistan who are awaiting immigrant visas should also complete this form if they wish to depart.  Do not call the U.S. Embassy in Kabul for details or updates about the flight. This form is the only way to communicate interest in flight options," read the statement.