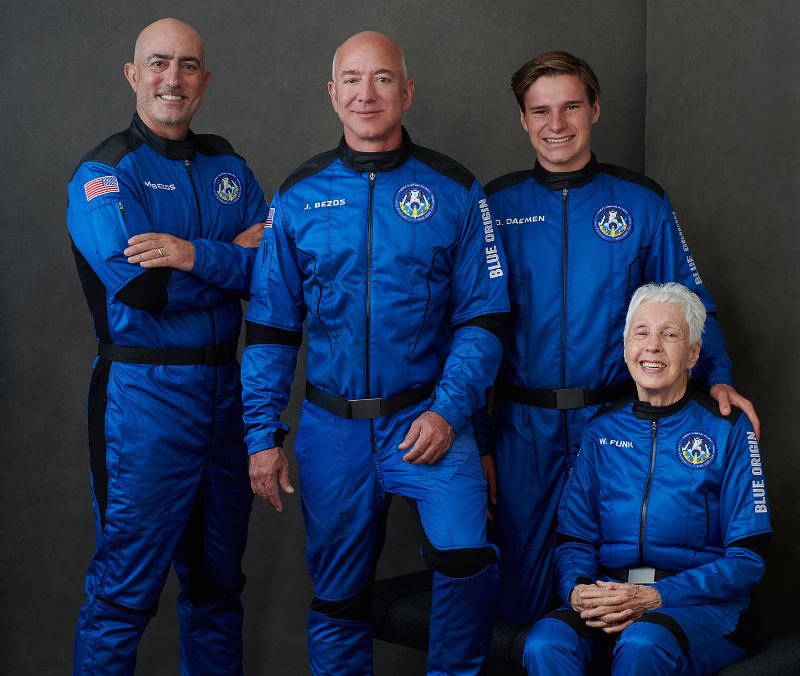 The billionaire entrepreneur made history by being part of the first unpiloted suborbital flight with an all-civilian crew.

This marks a significant moment for an emerging industry seeking to make the final frontier accessible to elite tourists.

After the spaceship touched down in the west Texas desert following a 10-minute hop to the Karman line and back, Bezos was quoated as saying by AFP: "A very happy group of people in this capsule."

The New Shepard capsule reached at an altitude of 66.5 miles (107 kilometers), allowing the passengers to have an experience of becoming weightless while admiring the curve of the Earth, said reports.

The company is developing a heavy-lift orbital rocket called New Glenn and also a Moon lander. It is trying to establish contact with NASA, said reports.

Named after Alan Shepard, the first American to have travelled in space, the New Shepard suborbital rocket had flown 15 uncrewed flights to test safety mechanisms.