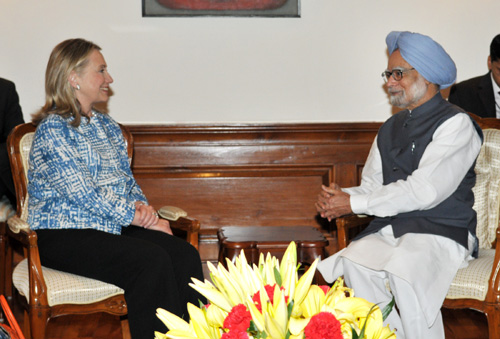 In an online video, where Clinton announced her presidency bid, she said: "I'm getting ready to do something too. I'm running for president."

She also took to Twitter to announce her decision as she posted: "I'm running for president. Everyday Americans need a champion, and I want to be that champion."

"I’m hitting the trail to earn your vote. Headed to Iowa," she said.

While on her road trip, Clinton tweeted: "Road trip! Loaded the van & set off for IA. Met a great family when we stopped this afternoon. Many more to come."

Clinton's part was shot in New York with the rest of the video shot in places including Iowa and New Hampshire, a campaign official told CNN.

In 2008, she had lost to US President Barack Obama as she had ran for the Democratic presidential nomination.