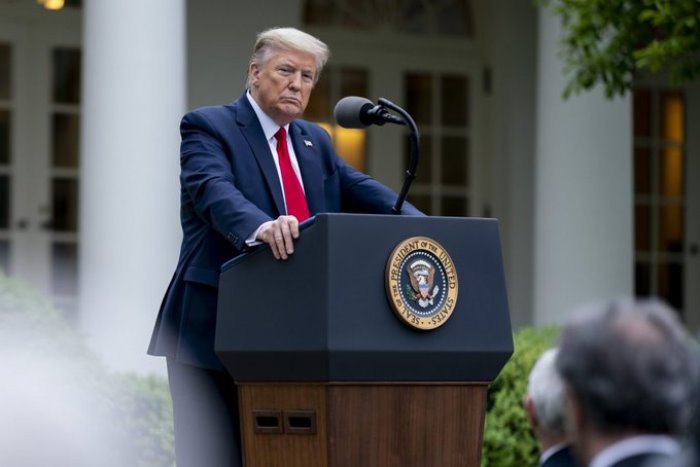 Washington/UNI/Sputnik: Former US President Donald Trump resumes his signature rallies as he seeks to purge turncoat Republican lawmakers by publicly campaigning for their challengers ahead of the 2022 Congress election.

On Saturday night, the village of Wellington, Ohio, will host Trump's first rally since his January 6 "Stop the Steal" address to his supporters who afterwards breached the Capitol in an attempt to prevent the congressional certification of Joe Biden's win in the presidential race.

The ex-president will be speaking in support of his former adviser Max Miller's bid to unseat Anthony Gonzalez, one of ten House Republicans who voted to impeach Trump on the incitement of insurrection charge following the Capitol unrest.

"This Save America rally marks President Trump's first of many appearances in support of candidates and causes that further the MAGA [Make America Great Again] agenda and accomplishments of President Trump's administration," Trump's statement said.

It will be his third major post-presidential public appearance. Trump previously addressed the annual Conservative Political Action Conference in February and spoke at the North Carolina Republican Party's convention earlier in June.

Seeking to consolidate his leadership of the Republican Party ahead of the 2022 and 2024 election campaigns, Trump embraces his loyalists and goes againsts dissidents, entertains a possibility of another run for president and takes aim at Biden's policies.

His next rally is scheduled to take place in Sarasota, Florida, on July 3. Similar events are expected later in Georgia and North Carolina.