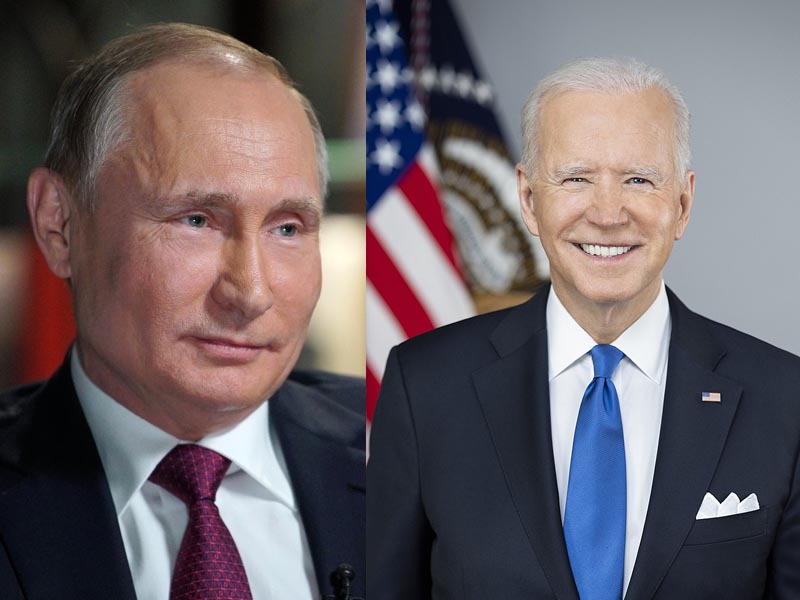 Geneva: US President Joe Biden and his Russian counterpart Vladimir Putin are going to meet at Geneva, Switzerland for their first ever meeting Wednesday, media reports said.

The heads of two countries will sit at a time when both sides have described their bilateral relations to have hit the lowest point.

According to a BBC report, the topics of discussion at the meeting are likely to be arms control, sanctions and US allegations of Russian cyber attacks and election interference.

While no major breakthroughs are expected it is believed that the two leaders could reach mutual agreement on smaller areas.

The Summit is set to begin at around 11:00 GMT at a villathe  facing Lake Geneva, the BBC report informed.

The meeting comes at the end of Biden's first overseas trip as the president of the United States during which he attended meetings with NATO and G7 leaders.

Geneva holds the history of previous meetings between the United States and Russia during the cold war times when Soviet leader Mikhail Gorbachev and US President Ronald Reagan met there in 1985.

Putin's foreign Affairs advisor Yuri Ushakova has told reporters in Moscow that the US-Russia relationship is "at an impasse" and there is "not much ground for optimism".

However, Putin has highlighted the areas where US and Russia can work together, including arms control, conflicts in Syria and Libya, climate change among others.

The United States has also spoken about similar outcomes from the talkswith  senior officials ruling out "big set of deliverables from the meeting".

Biden has expressed some hope out of the summit, saying it could be an important step if the two countries are able to ultimately find stability and predictability in their relations, BBC report stated.

Areas of common interest for Russia and the United States could provide both the countries a common ground to find cooperporation, he has said.

To set a favourable atmosphere for meaningful talks,Biden, who had previously called the Russian president a "killer" described him "a worthy adversary".