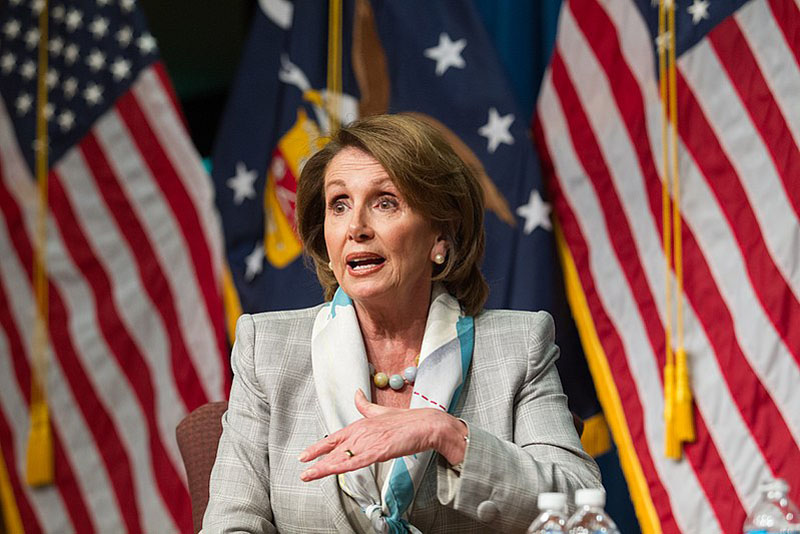 Washington: US House Speaker Nancy Pelosi has joined human rights activists in demanding a diplomatic boycott of the Winter Olympics that is scheduled to take place in Beijing next year.

Human rights activists and organizations have been demanding for its boycott to protest against alleged human rights abuses against ethnic minorities in China.

Speaking at a hearing of Congress’s Tom Lantos Human Rights Commission, Pelosi advocated for the U.S. to withhold any official delegation from traveling to the Games but allowing for athletes to compete in Beijing in 2022.

“We cannot proceed as if nothing is wrong about the Olympics going to China. That may be a fait accompli, it may not be possible to stop that,” she was quoted as saying by The Hill.

“Here’s what I propose, and join those who are proposing, is a diplomatic boycott," she said.

“Let’s honor them at home,” she added, referencing international athletes. “Let’s not honor the Chinese government by having heads of state go to China to show their support for their athletes. When they come home, let’s show them even more … respect, adulation, really, for what they’ve done.”

China's Foreign Ministry spokesperson Zhao Lijian condemned her statement and said: "China deplores and rejects the attempt by certain US individuals to sling mud at China and sabotage the preparation and holding of the Beijing Winter Olympics by playing the human rights card out of ideological and political prejudice. These people's remarks are filled with shameless lies and disinformation. Their typical US-style staged farce will gain no support and is doomed to fail."

"The Beijing 2022 Winter Olympic and Paralympic Games are another important contribution China will make to the international Olympic movement. And the Beijing Winter Olympics is eagerly awaited by winter sports lovers worldwide.

"The preparations for the Games are progressing smoothly and have been highly recognized by the international community, including the IOC. We have every confidence that with the concerted efforts of all sides, the 2022 Beijing Winter Olympic Games will be a simple, safe and splendid Olympic gathering. We urge the relevant US legislator to stop taking advantage of the Olympic games to seek political manipulation and avoid standing on the opposite side of athletes and winter sports lovers across the world," he said.