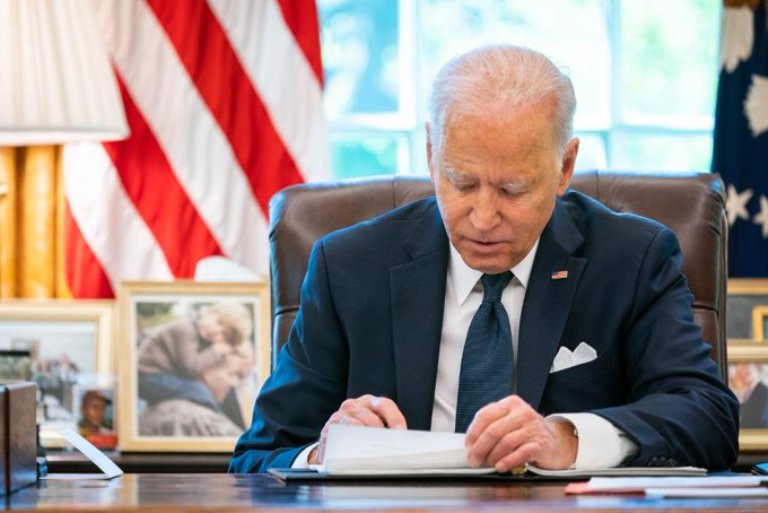 US to invest in non-defence R&D, Biden sees more technological changes in next 10 years

New Delhi/UNI: Saying that the United States needs to "win the 21st century", President Joe Biden has stressed the importance of investment in research and development so as not to fall behind the race in the area of technology, such as artificial intelligence, with China and other countries.

In his first speech to Congress since taking office in January, Biden on Wednesday also said the US will maintain a "strong military presence" in the Indo-Pacific to deter conflicts.

He reiterated his commitment to reasserting US leadership on the global stage by working with allies and partners, reversing the country's retreat from multilateralism under predecessor Donald Trump.

He pitched for "once-in-a-generation" investment package proposals aimed at enhancing education and creating jobs to make the country more competitive.

"We're at a great inflection point in history...We have to compete more strenuously than we have. 'We're in a competition with China and other countries to win the 21st century," Biden said.

Biden said the US is falling behind in competition, and China and other countries are closing in fast.

"We have to develop and dominate the products and technologies of the future. Advanced batteries, biotechnology, computer chips, clean energy. "

The American Jobs Plan will be the biggest increase in non-defence research and development on record, he said.

"We will see more technological change in the next 10 years – than we saw in the last 50 years."

The president said the Defense Department agency DARPA – the Defense Advanced Research Projects Agency – is there to develop breakthroughs to enhance national security – which led to the internet and GPS and so much more.

The National Institutes of Health, the NIH –should create a similar Advanced Research Projects Agency for health.

"To develop breakthroughs – to prevent, detect, and treat diseases like Alzheimer’s, diabetes, and cancer, " he said, adding, "It’s within our power."