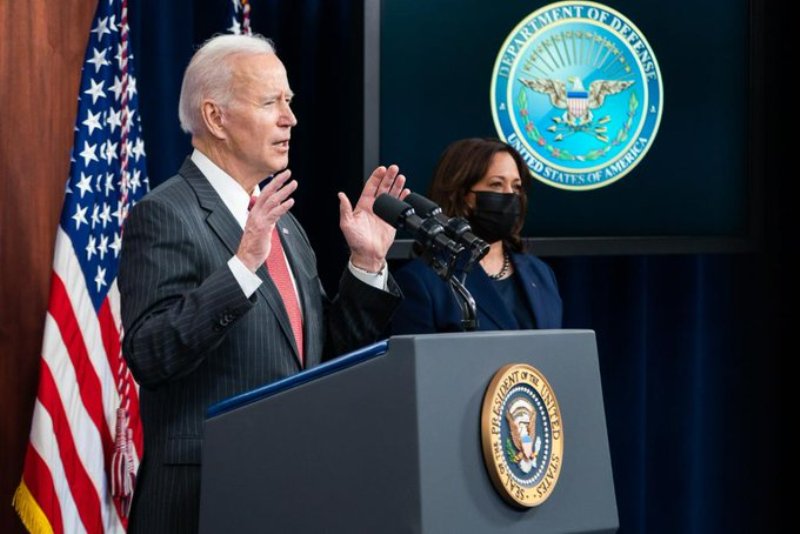 US yet to make final decision on withdrawal of troops from Afghanistan: Pentagon chief

Washington/Sputnik: US Secretary of Defense Lloyd Austin said US President Joe Biden has not made a final decision on the pullout of US troops from Afghanistan yet.

"I'm aware that there is speculation that the president has made a decision on keeping troops there to November -- until November. And I'm a pretty prominent guy in those discussions typically and to my knowledge the President has not made a decision or made any announcements on when he'll decide to remove the troops," Austin told reporters in New Delhi on Saturday.

"No decision on length of stay or troop numbers have been made to this point," he added.

Austin arrived in New Delhi for a three-day visit on Friday.

On Friday, The Taliban movement urged the US to complete the pullout of its troops from Afghanistan by May 1 as agreed last year. Suhail Shaheen, a member of the movement’s negotiation team at talks in Moscow, said that if the US forces stay in Afghanistan beyond the May deadline they would violate the February 2020 agreement with the Taliban.

Biden told ABC News earlier this week that all US servicemen could leave Afghanistan by May 1 but it "will be tough."

The US president also said that the final decision on the pullout of troops is yet to be made and Washington is consulting with its allies on the matter.

US media reported earlier this week that the Biden administration was considering extending the US troop deployment in Afghanistan by six months instead of pulling out all personnel by the May 1 deadline.

On Feb 29, 2020, the United States and the Taliban movement signed a peace deal in Doha, Qatar, stipulating a gradual withdrawal of US troops as well as the beginning of intra-Afghan negotiations and prisoner exchanges.

The talks were delayed multiple times until the Afghan government and the Taliban managed to agree on the prisoner exchange process.

The Afghan government and the Taliban launched peace talks in Doha in September of last year.