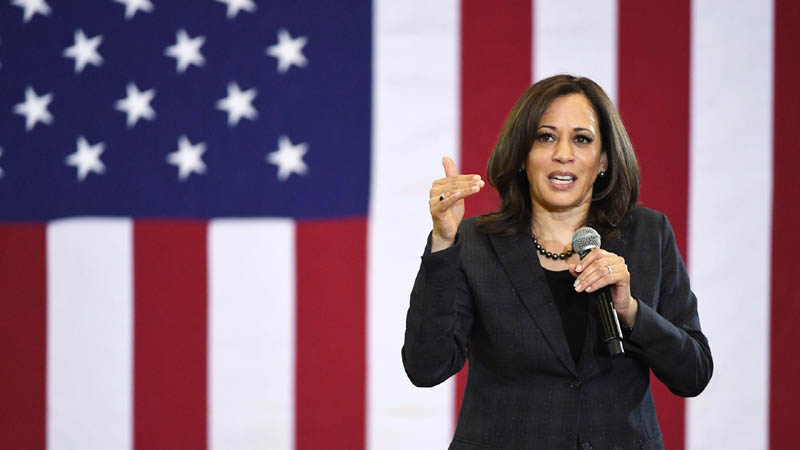 Moscow/Sputnik: US Vice President Kamala Harris has discussed the coronavirus pandemic, climate change and other issues during a telephone conversation with French President Emmanuel Macron, the White House said.

"Vice President Kamala Harris spoke today with President Emmanuel Macron of France, and expressed her commitment to strengthening bilateral ties between the United States and France and to revitalizing the transatlantic alliance. Vice President Harris and President Macron agreed on the need for close bilateral and multilateral cooperation to address COVID-19, climate change, and support democracy at home and around the world," the White House said on Monday.

According to the release, Harris and Macron also discussed the Middle East and Africa.

"The Vice President thanked President Macron for his leadership on the issue of gender equality and for France’s contribution to NASA’s Mars 2020 Perseverance rover," the White House said.

At the end of January, US President Joe Biden held telephone talks with his French counterpart Macron agreeing on close cooperation in what concerns the global economic recovery and the pandemic, climate change, as well as foreign policy issues, including China, the Middle East, Russia, and the Sahel.

The two leaders expressed their willingness to act together for peace and stability in the Near and Middle East, in particular on the Iranian nuclear issue and on the situation in Lebanon.