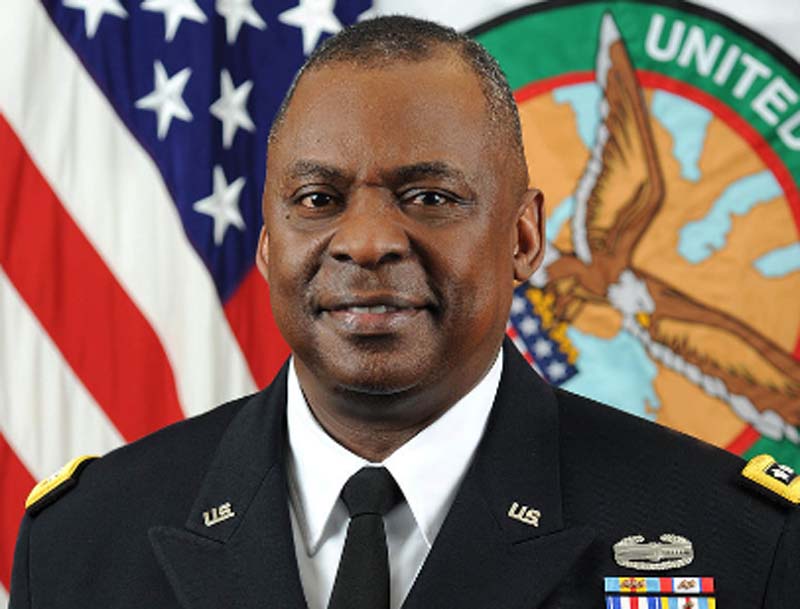 Washington: Gen (retired) Lloyd Austin, US president Joe Biden’s pick to head the Pentagon, has voiced his concern over China’s “increasingly aggressive actions” across the Indo-Pacific.

He even described Pakistan’s actions against anti-India terror groups such as LeT and JeM as “incomplete”.

At a Senate Armed Services Committee hearing on Tuesday, Austin also said that if he is confirmed for the post, he will work to continue elevating the defence partnership with India and work to “further operationalise India’s ‘Major Defense Partner’ status”, reports Hindustan Times.

In his testimony to the Senate committee, Austin said on the global stage, Asia must be the focus of the US effort, and that he sees “China, in particular, as the pacing challenge for the Department”, reported the Indian newspaper.

“Globally, I believe the most significant challenge I will face will be to ensure the Department of Defense’s continued efforts to prepare and strengthen the US military for a dynamic, future security landscape driven by accelerating competitions with China and with Russia – with China as our pacing threat in most areas – while still ensuring our ability to deter today’s range of threats,” he said in written replies to advance policy questions from the committee.

Meanwhile,  as Joe Biden took oath as the 46th President of the United States, he said this is "America's day. This is Democracy's day."

In his inaugural address to the nation, Biden said: "We’ve learned again that democracy is precious. And at this hour, my friends, democracy has prevailed.”

Joe Biden said the nation “must confront” white supremacy during his speech adding that “the dream of justice for all will be deferred no longer.”

Biden, 78, took the oath of office from Supreme Court Chief Justice John Roberts at a solemn ceremony at the US Capitol.

Before Biden was sworn in, Kamala Harris took oath as the country's first woman Vice President at the 59th inauguration ceremony held in the West Front of the US Capitol.