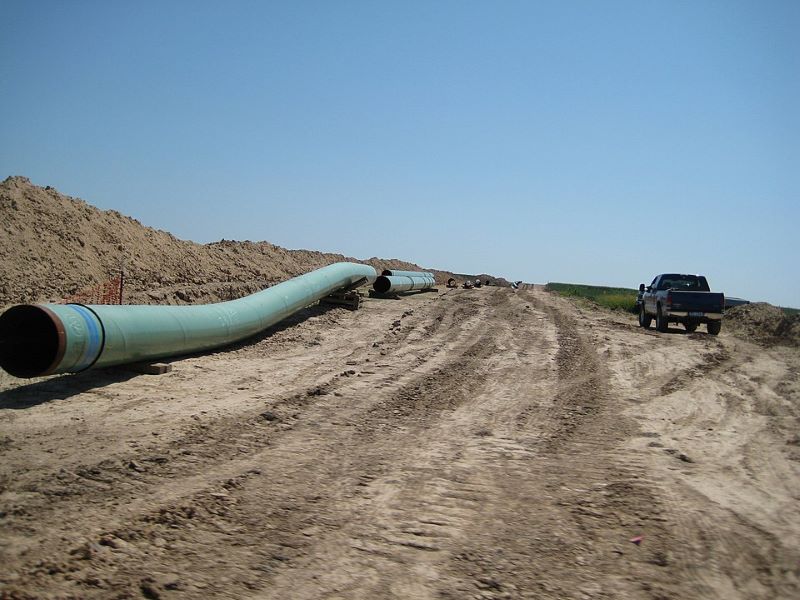 What does Joe Biden's plan of Keystone XL cancellation mean to Canada?

Canada's Prime Minister Justin Trudeau had long been supporting the Keystone project as more than 800,000 barrels of Alberta oil a day would flow to refineries in Texas.

The project was also championed by the oilpatch with the justification it would allow Canadian producers to fetch prices closer to the going world rate.

In a statement released late Sunday, Canada's ambassador to the U.S., Kirsten Hillman, said the government "continues to support the Keystone XL project and the benefits that it will bring to both Canada and the United States."

"This infrastructure will safely transport Canadian crude oil that is produced under one of the strongest environmental and climate policy frameworks in the world, and will strengthen the vital Canada-U.S. energy relationship," she said.

But Biden's plan was welcomed by the leaders of the Green Party, and National Democratic Party (NDP), two of Canada's opposition parties.

Green Party Leader Annamie Paul said that through Biden's plan to block the project the U.S. would be able to see Biden as a committed climate warrior and that Canada who had not been serious about tackling the climate emergency should appoint its own minister for the climate.

Applauding Biden's expected executive action, NDP Leader Jagmeet Singh told reporters that he agreed with Biden's decision and added, "This is the direction that the future requires, we've got to fight the climate crisis."

"Global markets are clearer than ever that the jobs of the future are jobs that help us fight the climate crisis and that's where we need to make investments," Singh said. "Justin Trudeau has failed on this."

The federal government needs to shift its attention to supporting green jobs and clean energy.

On the other hand, Conservative Leader Erin O'Toole said revoking the Keystone XL permits by the U.S. would further imperil Canada's oil sector and the tens of thousands of jobs that are tied to the industry.

"This move will devastate thousands of Canadian families who have already been badly hurt by the economic crisis," O'Toole said in a statement.

"I call on the Prime Minister to immediately reach out to the incoming U.S. administration to stop this from happening and stand up for working Canadians across Canada."