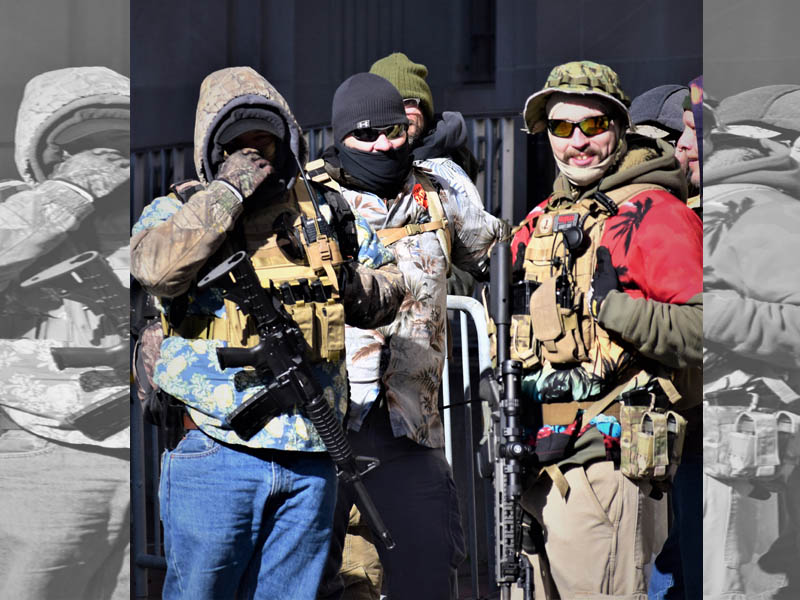 Montreal anti-government website promoting armed protests in US shuts down

Montreal/IBNS: An anti-government website promoting armed protests in the United States ahead of the presidential inauguration was shut down on Jan 13 morning by the company after CBC News revealed its cloud servers were located in Montreal, media reports said.

Claimed to be the "press platform" for the Boogaloo movement, the website, Tree of Liberty's followers are radical pro-gun advocates who welcome the idea of a second American Civil War, and call it the boogaloo.

The Tree of Liberty website hosted by the Montreal servers of 'On Vous Héberge' (OVH), a multinational cloud computing company headquartered in France,
came online in September after Facebook in the summer took down several thousand accounts and blocked Boogaloo-related search words, saying it supported "violence against civilians, law enforcement, and government officials and institutions."

Boogalooers are among several groups planning to hold demonstrations ahead of the inauguration ceremony on Jan 20, when Joe Biden will officially take over the presidency from Donald Trump.

The site was being investigated by OVH, who released a statement saying the site had been suspended and "the contract with the client terminated."

"Any company that is hosting this type of content should absolutely take a hard look at what they are allowing to spread," said Alex Friedfeld, a researcher of extremist groups with the New York-based Anti-Defamation League prior to the website going dark.