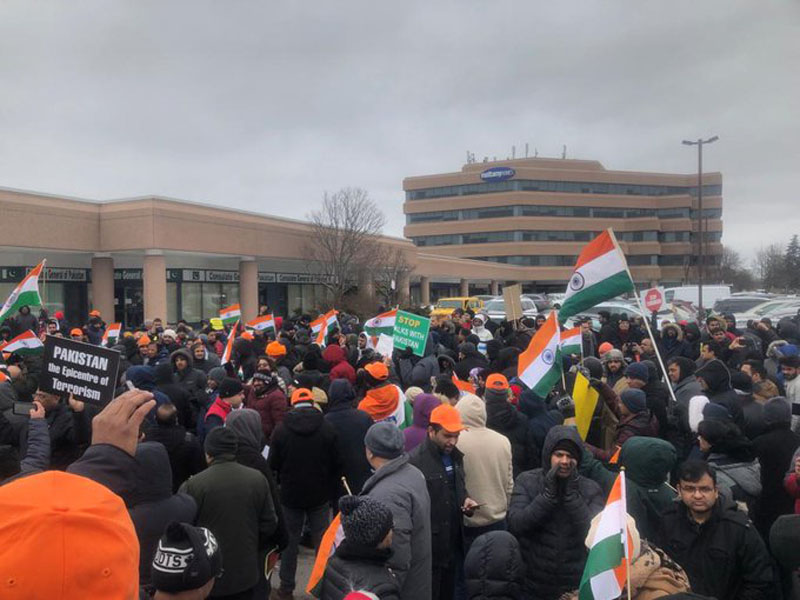 Toronto: Indian diaspora on Saturday gathered outside the Pakistan Consulate in Toronto city and demonstrated against Pakistan’s attack and invasion of Kashmir on October 22, 1947, observed as Black Day.

“We are gathered here to protest against the genocide committed upon the people of Kashmir in 1947 by the terrorist state of Pakistan. On October 22, Pakistan army and its tribal force organised gathered forces, led by a Pakistani major that invaded into Kashmir, a peaceful Kashmir where there was no provocation against the Pakistani state and its people,” a protestor told ANI.

“The tribal militia committed genocide and raped women and plundered the peaceful land of Kashmir,” he added.

Black Day is observed to mark the sacrifices made by countless Hindus, Sikhs, Muslims to defeat the invasion of the erstwhile Princely State by the Pakistan Army in 1947, often touted as the tribal invasion.

The Black Day event was organized in different parts of the world on Thursday.