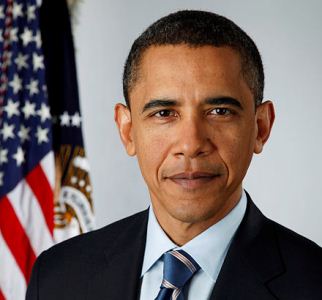 America is in war with extremism, not Islam: Obama

India Blooms News Service | | 19 Feb 2015, 09:57 am
#Obama, # Islam and USA
Washington, Feb 19 (IBNS): On closing of the Summit on Countering Violent Extremism, speaking to the representatives from 60 nations, US President Barack Obama on Wednesday, said, "We are not at war with Islam. We are at war with people who have perverted Islam."

Obama said that USA is facing challenges to combat with the terrorist organisations like Al Qaeda and Islamic State and the Levant (ISIL).

He said, "We are here at this summit because of the urgent threat from groups like Al Qaeda and ISIL."

He added, "And this week we are focused on prevention, preventing these groups from radicalizing, recruiting or inspiring others to violence in the first place. I have called upon governments to come to the United Nations this fall with concrete steps that we can take together. And today, what I want to do is suggest several areas where I believe we can concentrate our efforts."

The closing ceremony of the 3-day summit witnessed the US President denouncing the killings of innocent people in the name of Islam, beheading of journalists and aid workers and the extremist attacks that took place in Denmark and France recently.

Obama said, "By “violent extremism,” we don’t just mean the terrorists who are killing innocent people. We also mean the ideologies, the infrastructure of extremists, the propagandists, the recruiters, the funders who radicalize and recruit or incite people to violence."

He also said, "Al Qaeda and ISIL and groups like it are desperate for legitimacy. They try to portray themselves as religious leaders, holy warriors in defense of Islam. That’s why ISIL presumes to declare itself the “Islamic State.”

"And they propagate the notion that America, and the West, generally, is at war with Islam. That’s how they recruit. That’s how they try to radicalize young people. We must never accept the premise that they put forward, because it is a lie. Nor should we grant these terrorists the religious legitimacy that they seek," he added.

He said, "They are not religious leaders, they’re terrorists. And we are not at war with Islam. We are at war with people who have perverted Islam."

Obama said that no religion could be responsible for terrorism, it is only the people who invoke terrorism and violence.