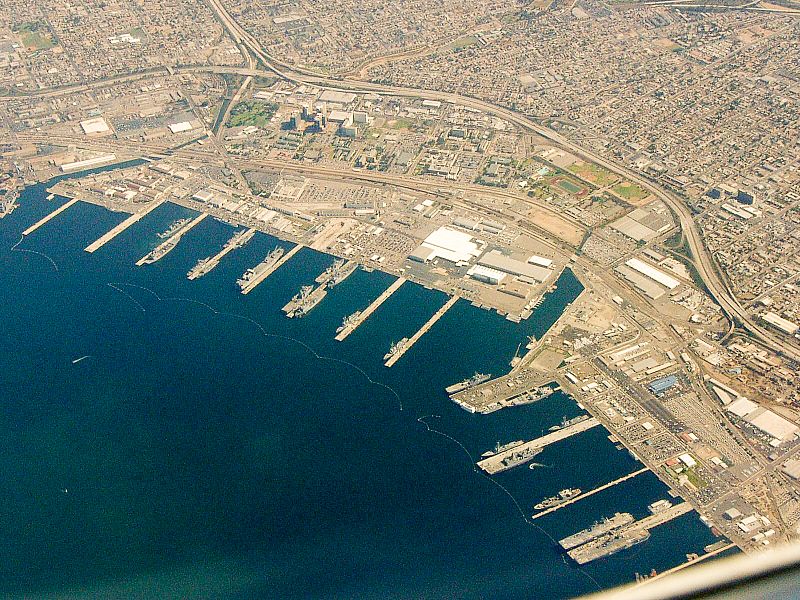 Moscow/Sputnik: At least 21 people, including four civilians, were injured amid a fire on board amphibious assault ship USS Bonhomme Richard stationed at the US Naval Base in San Diego, California, the Naval Surface Forces of the US Pacific Fleet said.

"Seventeen Sailors and four civilians are being treated for non-life threatening injuries at a local hospital. All inport ships have been contacted and directed to provide fire parties to possibly assist with firefighting efforts," the Naval Surface Forces said in a Sunday statement on Twitter.

Earlier, the naval forces reported that at least 18 sailors were transported to a local hospital with minor injuries amid the fire, which started at around 8:30 a. m. local time (15:30 GMT) on Sunday.

According to the Naval Surface Forces, two other ships stationed at the San Diego base, guided-missile destroyers USS Fitzgerald and USS Russell, have been moved further away from the fire.

There were a total of 160 sailors aboard the USS Bonhomme Richard, which was going through a routine maintenance cycle, when the fire started. The ship’s total crew size is around 1,000. The Naval Surface Forces said that all sailors present on board on Sunday have been evacuated and are
accounted for.

The fire on board USS Bonhomme Richard was still not contained as of Sunday afternoon. The cause of the fire is under investigation. Local media reported that an explosion had occurred on the ship.