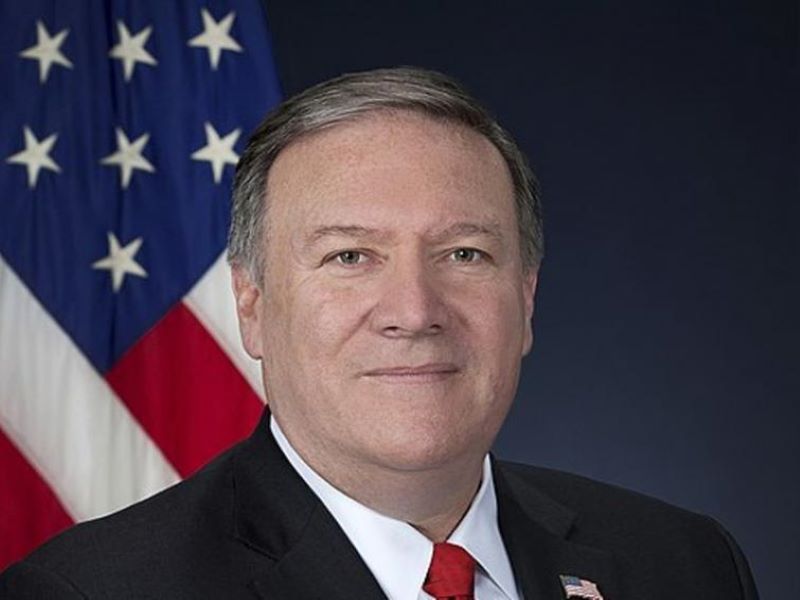 World should not allow China's bullying to continue: Pompeo

Washington/UNI: Referring to the Chinese government recently filing a boundary dispute with Bhutan at a meeting of the Global Environment Facility,  United States Secretary of State Mike Pompeo has said that Beijing has displayed a pattern of instigating territorial disputes with its neighbours and felt that the world should not permit such "bullying" to continue.

"From the mountain ranges of the Himalayas to the waters of Vietnam’s Exclusive Zone, to the Senkaku Islands, and beyond, Beijing has a pattern of instigating territorial disputes. The world shouldn’t allow this bullying to take place, nor should it permit it to continue" he was addressing the press at the State Department on Wednesday.

Pompeo also criticised the detention of Chinese jurist Xu Zhangrun by the Chinese government for questioning General Secretary Xi Jinping saying, "We were deeply troubled to learn this week that the CCP detained Xu Zhangrun for criticizing General Secretary Xi Jinping’s repressive regime and the CCP’s mishandling of the COVID-19 pandemic. He should be released.  He was simply telling the truth. He should be released as soon as possible."

Zhangrun, who is a professor of Jurisprudence and Constitutional Law at Tsinghua University in Beijing, is a  known critic of Xi Jingpin's policies. The Chinese Police arrested him on Monday.

The US secretary of state expressed satisfaction that the Chinese government was allowing the WHO to come into China to investigate the source of the outbreak and expressed hope that the Communist government would not interfere in its work "And they now say they’re going to allow the WHO to come in. That’s great, but the WHO needs to be free to do its real work. We need to make sure the right people are there to engage in this investigation, and we need real answers, not a perfunctory political solution."

"Beijing describes Xinjiang’s internment camps as vocational training camps. New reports of forced abortions and sterilizations add to a body of evidence that contradicts that."

He also said that China has failed to ensure the autonomy that it had promised to Hong Kong in 1997.