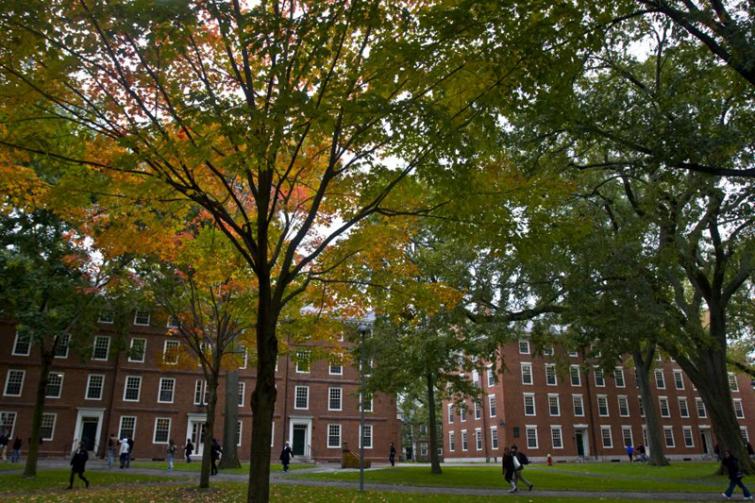 Massachusetts/IBNS: Harvard University and the Massachusetts Institute of Technology (MIT) have moved to sue the Donald Trump administration after the latter passed an order to not allow international students to take online-only courses in the United States for the upcoming semester.

The universities filed a lawsuit on Wednesday at the US District Court in Boston seeking a temporary restraining order to pause the July 6 government order.

Amid the Covid-19 pandemic, the US government on Monday announced it would not allow foreign students to remain in the country in case their classes have been fully shifted online.

"Nonimmigrant F-1 and M-1 students attending schools operating entirely online may not take a full online course load and remain in the United States," the US Immigration and Customs Enforcement said in a statement.

"The U.S. Department of State will not issue visas to students enrolled in schools and/or programs that are fully online for the fall semester nor will U.S. Customs and Border Protection permit these students to enter the United States.

Harvard is one of the universities which announced earlier this week that all courses in the upcoming semester will be held online including for students residing inside the campus.

In a statement to CNN, the university said the US government order is likely to affect approximately 5,000 international students.

"The order came down without notice—its cruelty surpassed only by its recklessness. It appears that it was designed purposefully to place pressure on colleges and universities to open their on-campus classrooms for in-person instruction this fall, without regard to concerns for the health and safety of students, instructors, and others," Harvard University President Larry Bacow told CNN.

After receiving flak over the decision, the US Department of State earlier in the day clarified that "This temporary accommodation provides greater flexibility for nonimmigrant students to continue their education in the United States, while also allowing for proper social distancing on open and operating campuses across America."

"International students will still have to obtain the appropriate visa and may still be subject to other visa processing or travel restrictions due to COVID-19. Students should check with the local U.S. embassy or consulate for information specific to their country," it further added.

In the lawsuit filed in the US District Court for the District of Massachusetts, the universities sought to block the directive, arguing that it violates the Administrative Procedures Act.

The universities stated that US Immigration and Customs Enforcement's decision not to provide an exemption for online-only courses puts the academic authorities in an "untenable situation" of either proceeding with their plans to operate fully or largely online or attempt to provide in-person learning.

According to the ICE's order, active students currently in the United States enrolled in such programs must depart the country or take other measures, such as transferring to a school with in-person instruction to remain in lawful status.

"If not, they may face immigration consequences including, but not limited to, the initiation of removal proceedings," it said.