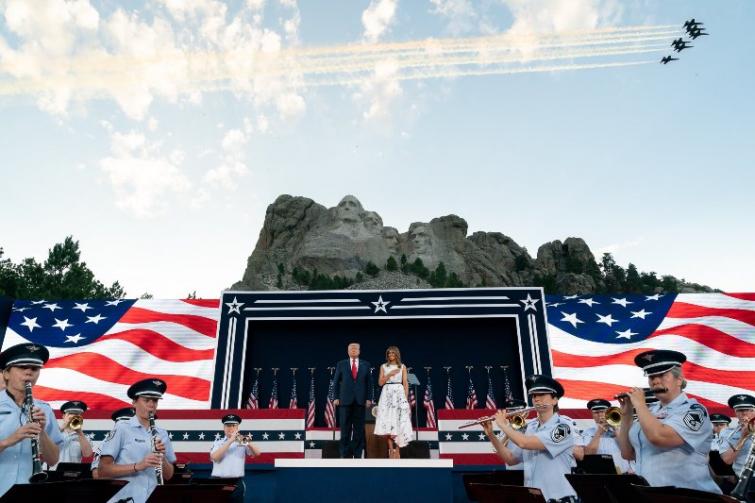 Washington/IBNS: United States President Donald Trump launched yet another attack on China while addressing the second ''Salute to America'' rally on the nation's 244th Independence Day, alleging that Beijing's secrecy and deceptions have allowed the deadly coronavirus to spread across the world.

He said America was doing good until it was hit by the virus that emerged from China.

"The power of tariffs being imposed on foreign lands that took advantage of the United States for decades enabled us to make great trade deals where there were none. Tens of billions of dollars are now paid to the US treasury by the same countries but then we got hit by the virus that came from China," Trump said.

"China's secrecy, deceptions, and cover-ups allowed it to spread all over the world and China must be held fully accountable," the US President alleged.

Speaking on the development of vaccines to combat COVID-19, Trump said, "We are now unbelievably doing well and are testing on vaccines, treatments and therapeutics. We are unleashing our nation's scientific brilliance and we will likely have a therapeutic and vaccines solution long before the end of the year."

The Independence Day celebration of the United States this year was marred by the rising cases of coronavirus and protests against racial discrimination.

Several events of fireworks, which usually adorn the day's celebrations, were cancelled owing to the need for social distancing.