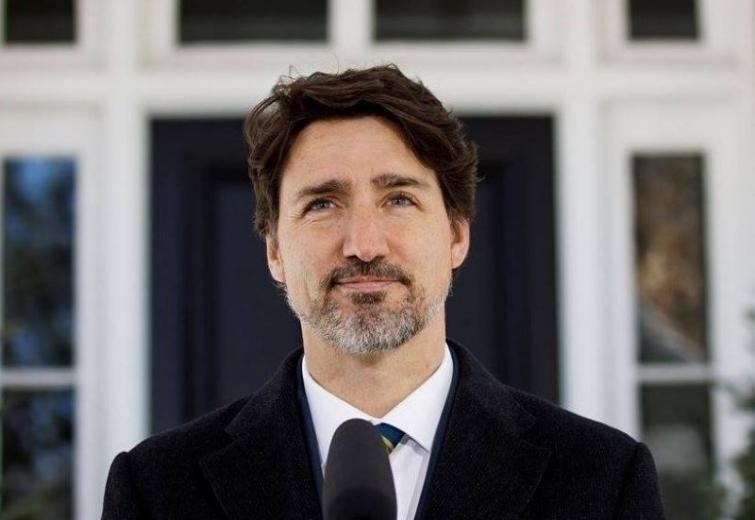 Ottawa/IBNS: The reunion of the families separated due to the Canada-U.S. temporary border closure, is being looked into by Canada's federal government through a slight change in the directives for the Canadian Border Services Agency (CBSA), Prime Minister Justin Trudeau said on Friday, media reports said.

The Canada-U.S. border closure deal for non-essential travels was first agreed to by both Canada and the United States in March and has been extended until June 21.

New Brunswick which had been reporting of no new cases for a number of days and appeared to have COVID-19 under control, is now going through a sudden surge in new cases of the pandemic.

The new cases were reported to be linked to a medical professional at the local hospital who contracted the coronavirus outside the province and didn't self-isolate when he returned.

At least 150 people were exposed to the medical professional, including 50 health-care workers at the Campbellton Regional Hospital and 100 people in the community, said the head of the Vitalité Health Network.

Gilles Lanteigne, president, and CEO of Vitalité Health Network said there were definitely more people who were exposed and expected 500 people to be tested within the next couple of days.

Higgs had raised this issue during Thursday night's weekly call with Trudeau and the premiers.

Although the border remains under federal jurisdiction, Higgs hopes Ottawa would listen to the provinces' concerns.

Trudeau said he will continue to discuss changes at the border with premiers.

While a number of premiers agreed to the proposal of a slight modification of the directives for the CBSA to reunite separated families due to COVID-19 border issues, others expressed concerns about it.

Trudeau said that his government would continue to look into this matter and that the safety and well-being of Canadians would be kept at the forefront of any decision.