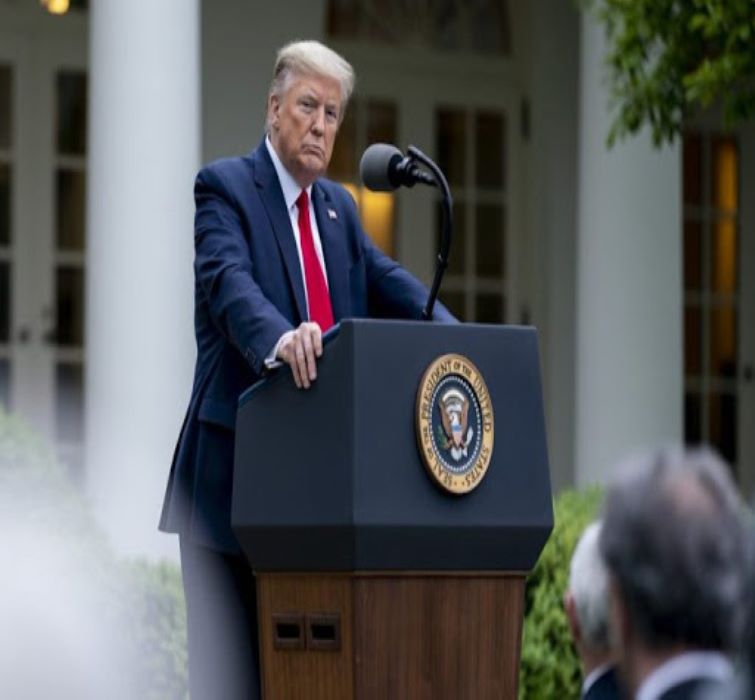 After ultimatum, Donald Trump ends ties with WHO for working under China's control

Washington/IBNS: US President Donald Trump announced on Friday that America is severing ties with World Health Organisation (WHO) and will direct the funds to other "worldwide deserving urgent global public health needs" while accusing it of working under China's control, which pays only $40 million annually against US' yearly donation of approx $450 million.

Accusing China of not taking timely action on coronavirus, Trump said the "World needs answers from China on the virus. We must have transparency."

"The death and destruction caused by this is incalculable. We must have answers not only for us but for the rest of the world," he asserted.

He said Chinese officials ignored their reporting obligation to WHO when they first spotted the virus and pressured the UN health body to mislead the world about the disease.

"Because they have failed to make requested and needed reforms, today, we will be terminating our relationship with WHO," Donald Trump said justifying his move.

United State will bock the entry of certain foreign nationals from China, who, he's said, have been identified potential threats to his country.

"They've ripped off the United States like no one has ever done before," Trump said of China, and added it "raided US factories" and "gutted" American industry under the previous presidents.

He also alleged that Chinese companies did not play by the same rules, and he would ensure safety and fairness for US investors.

Donald Trump said that China's unilateral control over Hong Kong is the latest in a series of measures that are diminishing the city's longstanding and "very proud" status.

"China claims it is protecting national security but the truth is Hong Kong was secure and prosperous as a free society. Beijing's decision reverses all of that. It extends the reach of China's invasive security apparatus into what was previously a bastion of liberty," he asserted.

"Therefore, I am directing my administration to begin the process of eliminating policy exemptions which give Hong Kong special and different treatment," he stated.

He said this will affect the agreements ranging from extradition treaties to export control on dual-use technologies to travel advisories to Hong Kong for US nationals.