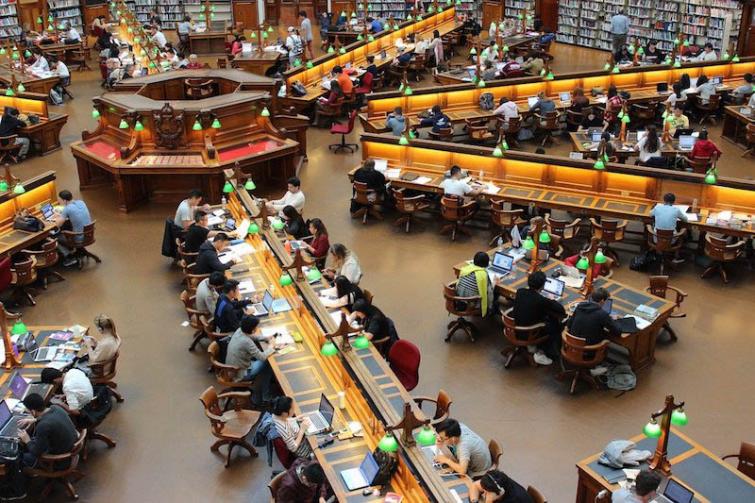 Toronto/IBNS: An appeal was made by Canada India Foundation (CIF) in a letter addressed to Canada's Prime Minister Justin Trudeau to include international students in the Canada Emergency Student Benefits (CESB) program announced on 22 April, media reports said.

Under the CESB program, the federal government pledged to provide $1,250 per month for eligible students from May through Aug 2020, and $1,750 for students with dependents and those with permanent disabilities.

The CESB program is meant for post-secondary students and recent graduates who do not qualify for the Canada Emergency Response Benefit (CERB) or for Employment Insurance (EI), but who are unable to find employment due to COVID-19.

CIF said it was taken aback by Canada's exclusion of the international students from the purview of the CESB program.

Anil Shah, chair of CIF said that circumstances of international students were materially similar to those of local students, and by excluding them, Canada is ignoring the contributions of these students to Canada's economy and to its post-secondary education system.

According to Immigration, Refugees, and Citizenship Canada (IRCC), there was an increase in the population of international students by 13 percent in 2019 compared to the previous year.

Over the past 20 years, the international student population has grown six-fold and in the last decade alone it has tripled.

These international students are facing challenges due to the disruption of their academic programs, rescheduling, or cancellation of their internships due to start in summer, are being deprived of their subsistence wages due to lockdown of businesses, and social distancing had forced them to remain cramped in their tenements with no chance of returning home.

These students account for around $22 billion supporting over 170,000 Canadian jobs and meet the shortage of skilled workers, by working part-time while studying and working full time after completing their studies, said Satish Thakkar, National Convener, CIF.

Thakkar said that by supporting them at this very critical time Canada can encourage the future flow of international students from all over the world.

In 2019, the Canadian Experience Class an immigration pathway designed for international students and foreign workers accounted for 34 percent of new immigrants in Canada.

Since the lockdown in Ontario due to the impact of COVID-19, CIF has actively been helping international students from India who are facing financial and other challenges, said Pankaj Dave, National Co-Convener, CIF.

"But what will really help them is financial assistance. We urge the federal government to understand the plight of these international students and help them by including them in the CESB program,” said Dave.