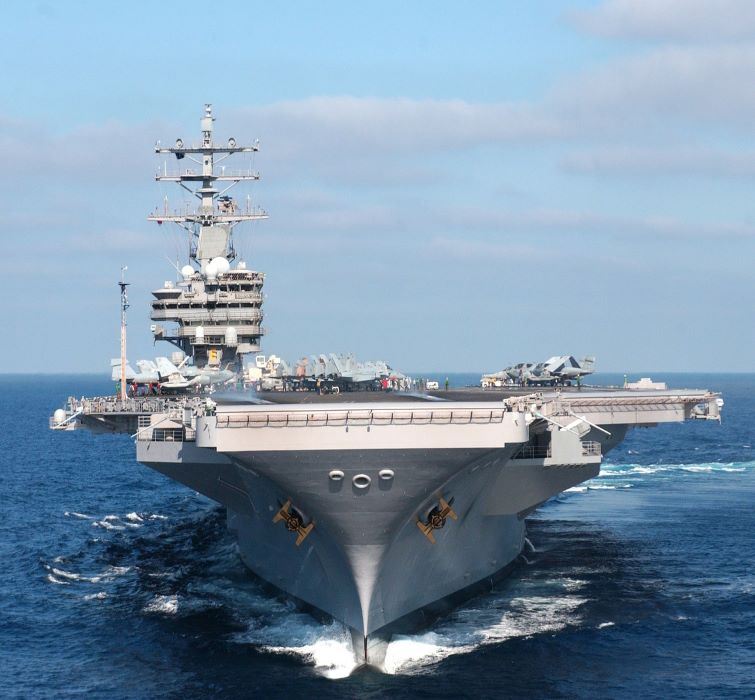 Washington/UNI: The US Navy has said that it has finished testing sailors on the aircraft carrier Theodore Roosevelt for the novel coronavirus and 840 sailors have contracted the virus.

"As of today, 100 percent of USS Theodore Roosevelt (CVN 71) crew members have been tested for COVID-19, with 840 total positive and 4,098 negative results," the US Navy said in a statement on Thursday, adding that a small number of results are still pending.

The Thursday report marked an increase of 63 cases from the 777 confirmed cases the Navy reported the day before.

According to the statement, 88 sailors have recovered from the COVID-19 infection and four others are currently hospitalized in the US Naval Hospital Guam, NTD.com reported.

The statement noted that 4,234 sailors have been moved ashore from the nuclear-powered aircraft carrier which is docked in Guam.

One sailor assigned to the ship died earlier this month from the novel coronavirus.

The outbreak was first made public when an email written by the ship's captain Brett Crozier was leaked to the media. The email warned of an outbreak among the crew and said there was an urgent need to quarantine affected sailors.

On April 9, former Acting Secretary of the Navy Thomas Modly announced that he removed Crozier from his post, saying the captain improperly sent the email about his concerns, using channels that were not secure to convey confidential information.

Modly soon thereafter resigned when he came under fire for removing the captain and calling him 'stupid' for sounding the alarm about the COVID-19 outbreak aboard the aircraft carrier.